Scientific evidence abounds to changes the food chain has been going through from time immemorial. History tells us that initially our forebearers were hunters and gatherers, totally dependent on nature. Somehow, they figured out the need for domesticating crops, through saving seeds and cultivation. Seeds were selected and saved based on features such as faster growth, higher yields, pest and disease resistance, and sweetness of fruit. 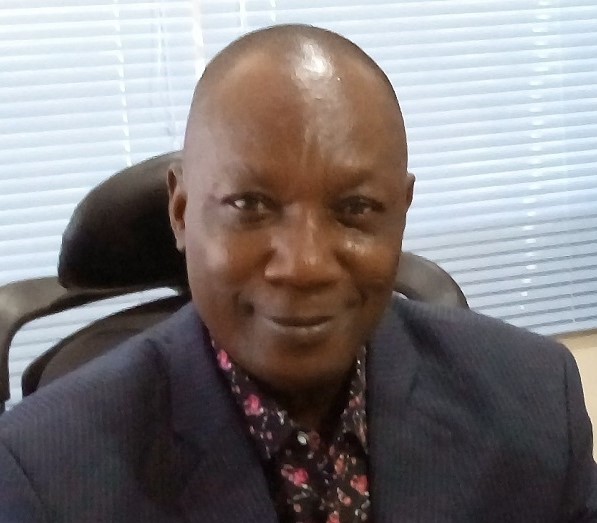 Prof. Charles Antwi-Boasiako, Chairman of the Board of National Biosafety Authority (NBA), Ghana

The alteration in the food chain in modern times, has been greatly aided by advancement in science and technology. These have upgraded the seed selection process by facilitating precision in identifying, isolating and transferring a desired trait or gene from one crop or animal variety to others.

Some experts have termed the move of genes across species as the “gene revolution.” Its tools include biotechnology also known genetic engineering or modification and its products are referred to as genetically modified organisms (GMOs). The application of biotechnology tools has not been left to chance but is highly regulated by international conventions and protocols as well as national laws and policies.

“Regulation is a significant measure in the biotechnology arena that ensures the safety of products for humans, the environment, plants and animals,” says Prof. Charles Antwi-Boasiako, Chairman of the Board of National Biosafety Authority (NBA), Ghana.

In an interview, he explained that “since every human activity comes with some degree of risks, it is in our own best interests to ensure that GMOs are produced under the highest quality and safety standards. And this is what validates the rather long period of between 10 to 14 years it takes to produce a GMO.”

Prof. Antwi-Boasiako emphasized that “regulations do not just provide a safeguard against risks but serve as a deterrent against possible fraud.” He was certain that the “NBA has a robust system in place in terms of capacity of institutional representations and qualified personnel to enforce biosafety regulatory measures regarding safe-handling, transfer, commercial release, and trans-boundary movement of these organisms or products.”

The NBA Board Chairman said, the Authority will continue to be the national focal point responsible for liaising with any local and international Agencies concerned with Biotechnology and Biosafety for Ghana’s sustainable development and well-being.”

Ghana’s biosafety regulatory regime consists of the Biosafety Regulation, 2007 (L.I 1887) for research on GMOs, and the Biosafety Act, 2011 (Act 831). The objectives of the Act are first of all, “to ensure an adequate level of protection in the field of safe development, transfer, handling and use of genetically modified organisms from biotechnology that may have adverse effect on health and environment.” Secondary, it seeks “to establish a transparent and predictable progress to review and make decision on genetically modified organisms and related matters.” These objectives form the core duties of the NBA established in 2015 per Act 831.

To ensure best practices are standardised in biotechnology and GMOs, several guidelines have been developed. They include: National Biosafety Guidelines on Biosafety; Laboratory and Field Work and Movement of Regulated Materials; and Commercial Releases. There are also guidelines on Risk Assessment of Genetically Modified Organisms in Ghana; and Public Participation, Information Sharing and Access to Justice with respect to Genetically Modified Organisms.

This development is not exclusive to Ghana. Nations worldwide have developed biosafety regulatory frameworks to regulate biotechnology and GMOs. In some countries especially in the European Union, the regulatory framework bans the cultivation of GMOs, but permits their importation and use.

The Chief Executive Officer of Ghana’s NBA traces the nation’s journey to regulate GMOs from 1992, when the UN adopted the Convention on Biological Diversity (CBD) at the Conference on Environment and Development also known as Rio Earth Summit in Brazil. Ghana ratified the Convention in 1994 and by 2004, the country had completed its biosafety framework.

Globally, the CBD remains the most important instrument on the handling of modern biotechnology and its products such as LMOs used in the fields of medicine and agriculture.

The Convention’s provisions include “to create a protocol setting out the safe transfer, handling and use of any LMOs resulting from biotechnology where required.” Therefore, the Cartagena Protocol on Biosafety to the Convention on Biological Diversity was established as a supplement to the CBD.

Its purpose is to “contribute to the conservation and sustainable use of biodiversity by providing international rules and procedures in the field of liability and redress relating to LMOs,” says Prof. Alfred Oteng-Yeboah, Vice-Chair of the Bureau of the Intergovernmental Science-Policy Platform on Biodiversity and Ecosystem Services (IPBES).

He explained that the CBD promotes biosafety by its rules and procedures for the safe transfer, handling, and use of LMOs, with specific focus on their trans-boundary movements. The CBD was adopted in 2000 and came into force in 2003, with applicability to the transit of LMOs by land, air and sea.