October 19, 2017 Comments Off on Genetically modified crops’ safety: The fears and assurance 881 Views

At the just concluded conference on biotechnology in Abuja recently, Dr Rufus Ebegba, Director-General, National Biosafety Management Agency (NBMA), expressed concern that many Nigerians were not supporting the introduction of genetically modified crops. 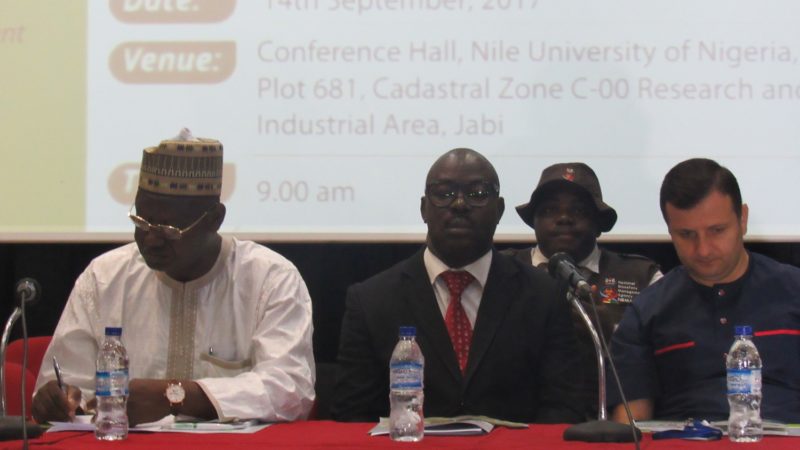 “The agency has the capability to ensure that the practice of modern biotechnology and the use of Genetically Modified Organisms (GMOs) which are products of biotechnology do not have any adverse impact Nigerians,’’ he said.

Ebegba said the conference was unique because it was the first time the agency decided to invite both those who supported the technology and those who did not across the country.

“This conference is aimed at addressing issues surrounding it and we have also invited those who are constantly condemned the agency in spite its model achievement.

“The agency has tried as much as possible to convince Nigerians on what they can do to protect them from any adverse potential effects as the result of the use of the technology,’’ he told the participants.

According to him, GMOs involve organisms, plant, or animal, which genetic material has been manipulated through genetic engineering.

But critics of the technology insist that the practice of GMO is fraught with disapproval by many individuals and organisations across the country, although the campaigners for its introduction believe it increases food supply.

They observe that Nigeria joined the league of countries in support of GMO produce when the presidency signed the National Bio-safety Agency Bill to law in 2015.

However, some stakeholders in the agricultural sector see the passage of the bill as a good development that can launch the country to commercial production of genetically modified crops with the capacity to improve the livelihood of Nigerians.

In spite of this, critics insist that there are more questions to be answered if the country will accept genetically modified crops.

In the light of this, concerned stakeholders in agricultural sector and food scientists attempted to supply evidences to support the usefulness of the products in other developed countries during the conference.

For instance, Mrs Bibiana Kipkorir, Programme Officer, International Service for the Acquisition of Agric-Biotech Application, said credible scientific evidence should inform the decision to reject or to accept genetically modified crops by Nigerians.

She stressed the need to sensitise the grassroots to the issues surrounding the GMOs to debunk the misconceptions of the public on the safety of the crops.

He said the organisation had a strong outreach programme at the grassroots that could even allay the fears of women and young farmers about the use of the technology.

Assuring the public of the safety of the technology, National Biotechnology Development Agency also insists that the efficacy and safety of the products are guaranteed under scientific proof.

The agency notes that there has never been any negative effect recorded from any genetically modified organism anywhere in the world.

It believes that the fear for GMO foods is based on falsehood, observing that biotechnology is as old as history and it is capable of improving the economy.

Similarly, Prof. Abiodun Dunloye, Vice-President, Nigeria Biological Safety Association, highlighted the importance of biotechnology, insisting that the GMOs had been around for some years in Nigeria and people had been consuming them.

“Human beings are always sceptical about innovations and GMOs have always been a controversial issue since its inception, hence dissemination of its information should be addressed with caution,’’ he observed.

According to Dunloye, humans choose certain qualities over others in plants, so they tinker with the genetics of crops to get the varieties they want; bigger, tastier or juicier.

“Take the sweet potato for example, studies show that sweet potatoes were bred some 8,000 years ago out of the swollen parts of regular potato roots.

“Making a crop that will be resistant to herbicide in that regard makes it much easier and cheaper for farmers to control weeds while producing high yields.

“Soon, other GMO seeds were developed, including cotton, rice, sugarcane and tomatoes, among others, with the intention of making these crops resistant to insects, diseases, herbicides and pesticides.

In his contribution, Alhaji Ibrahim Jibril, Minister of State for Environment said the government acknowledged the role of agriculture in long-term economic growth and food security.

He said the government was working to ensure food security, describing the introduction of biotechnology as an alternative economic method of moving the country forward.

The minister said many lies had been told to discredit GMO products, making Nigerians to be sceptical about the technology.

He acknowledged that though there might be some tiny negative sides, its positive sides were enormous.

“We will not be afraid of receiving criticism, but we want constructive criticisms, those who are for and against this technology are invited to share their views and express what they feel, so that together we can understand the future of biotechnology,’’ the minister said.

He promised that the Federal Government would partner with all stakeholders in exploring the use of relevant technology that would provide adequate food for Nigerians.

He also noted that the government was committed to adopting any safe technology that would facilitate its food security and economic recovery drive for the country.

“This is aptly encapsulated in government’s Agriculture Policy –The Green Alternative and the Economic Recovery and Growth Plan.

“This calls for a combination of tools, processes and safe technologies, in a complementary way, to provide a form of economic diversification.

“This would bring a new set of skill requirements thereby expanding job opportunities and this is where modern biotechnology comes,’’ he said.

Observers, therefore, note that although there are concerns about whether or not the country should popularise GMO crops, approval of the technology seems to remain part of methods of achieving economic growth and food security.