Wednesday 14th April 2021
Wednesday, 14th of April 2021
Home / Climate Change / Why gender must be at the heart of climate action

Why gender must be at the heart of climate action

September 5, 2017 Comments Off on Why gender must be at the heart of climate action 581 Views 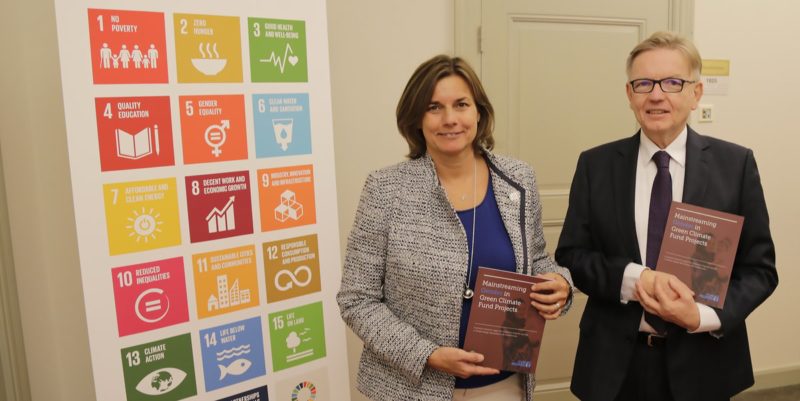 Gender often remains the untold story behind climate change. After the television snapshots of devastation wrought by climate-induced disasters, our thoughts often remain with the local people forced to deal with the wreckage.

The destructive forces of nature, warped by rising global temperatures, manifest in cyclones, floods and other extreme weather conditions, which can act as negative force multipliers in societies already riven by inequality. The onset of droughts, accompanied by heightened food and water insecurity, also have a disproportionate effect on those least able to deal with the resulting increased social strains.

While climate change is a global phenomenon, its impact is not spread across a level playing field. Its effects are felt locally, and poor people suffer the most. Among the world’s 1.3 billion poor people, the majority are women.

ALSO READ:  How summers will become hotter, by weather presenters

During the past few decades, considerable achievements have been made in narrowing the gender gap in many countries. Nevertheless, across the global spectrum, women tend to be marginalised from economic and political power, and have limited access to financial and material resources. This increases their vulnerability to climate change and limits their potential to adapt.

Studies show that after climate disasters, it is generally harder for poor women to recover their economic positions than poor men. Women’s mortality from climate-related disasters is also higher than that of men.

Women are also often less represented in the corridors of power; have fewer legal rights, including access to land; and occupy fewer leadership roles in the workplace. This means while they are more vulnerable to the effects of climate change, they also have fewer opportunities to make decisions on how to deal with it. We must change this. Women have the right to – and need to be – at the forefront of efforts to deal with climate change.

The shift to low-carbon development and climate change adaptation is a major transformative endeavour requiring the participation of all countries, communities and genders. While gender equality is often solely associated with female empowerment, it is also important to note that transformative change requires the participation of all members of society. Women, girls, men and boys all need to be part of the solution.

An innovative climate action project supported by the Green Climate Fund (GCF) in East Africa provides a good example of how women can be at the forefront of moves to leapfrog fossil fuels to use solar energy. The $110 million KawiSafi project has dedicated funds to train women to become solar technicians, while also supporting women-led micro-finance groups to generate demand for solar energy in Rwanda and Kenya. From its inception, gender equity has been central to this project, implemented by US-based Acumen Fund Inc.

The majority of these countries’ populations, 70 percent in Rwanda and 80 percent in Kenya, are not connected to main power grids. Subsequently, many use oil or kerosene for domestic power generation. These fossil fuels are often expensive as they are imported, while noxious fumes pose a serious health risk – especially to women and girls, who generally spend more time performing household work. The move to solar can then reduce emissions and domestic budgets, while also improving women’s and girls’ health. This is a clear gender co-benefit of climate action.

In another GCF-funded project in Mongolia, over half of the loans provided in this $60 million private sector initiative, implemented by Mongolia’s XacBank, are going to women-led enterprises starting up renewable energy and energy efficiency businesses.

Gender equality is a core principle of all GCF operations, and is mainstreamed in all decision-making and projects supported by the Fund. To aid this process, GCF has produced a manual titled: “Mainstreaming Gender in Green Climate Fund Projects”.

Devising ways to consider gender in climate action will not always be easy or obvious. Societies are made up of complex relationships, sometimes based on differing structures of kin, power and financial resources. But continuing efforts to place gender consideration at the center of climate finance are necessary.

Climate change is a challenge that affects us all, so all members of society must rally together to deal with it effectively and inclusively.

Like Loading...
2017-09-05
admin
Previous: Thailand aims to be rabies-free by 2020
Next: Mongolia maiden green finance forum to drive low-emission innovation