GCF, UNEP seek to fortify the Gambia against droughts, floods

January 26, 2018 Comments Off on GCF, UNEP seek to fortify the Gambia against droughts, floods 583 Views

The Minister of Environment, Climate Change and Natural Resources of the Gambia, Lamin Dibba, has said that a Green Climate Fund (GCF)-funded adaptation project launched on Tuesday, January 24, 2018 will provide benefits across the West African country. 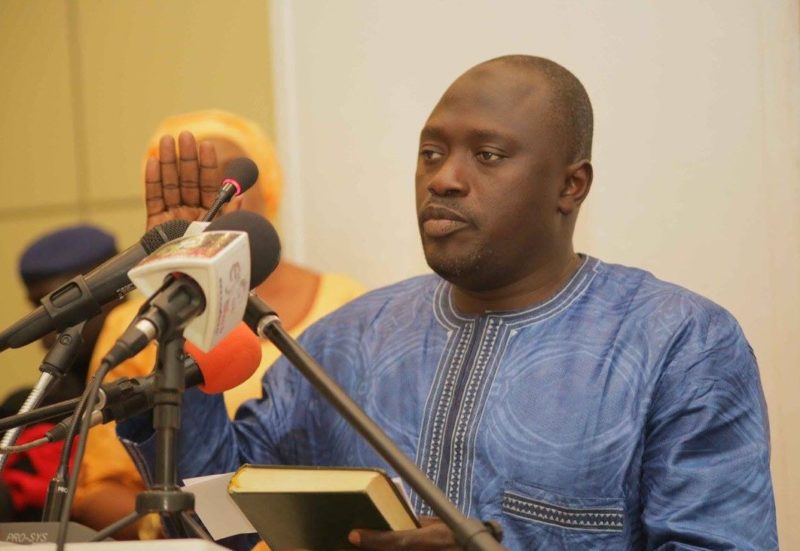 Minster of Environment, Climate Change and Natural Resources in Gambia, Lamin B. Dibba

“This timely assistance will integrate ecosystem-based adaptation to climate change into planning at the national, district and village levels throughout the Gambia,” said Minister Dibba. “Increasingly severe droughts during the past few years, along with the threat of sea level rise, means the Gambia is particularly susceptible to a changing climate.”

The project, which combines a $20.5 million GCF grant with a $5 million outlay from the government of the Gambia, will restore agricultural landscapes and degraded ecosystems – including forests, mangroves and savannahs – using climate-resilient tree and shrub species across an area of at least 10,000 hectares.

The six-year project along the Gambia River in four of the country’s seven regions is being implemented by UN Environment (UNEP), a GCF Accredited Entity.

Pa Ousman Jarju, GCF’s Director of Country Programming Division, said the project is strengthening the government’s mainstreaming of climate change adaptation across all levels of government. “I am pleased to see this remains a major government priority,” said Mr Jarju.

Mr Jarju added environmental degradation comes with severe economic consequences, as it reduces soil fertility and lowers agricultural productivity. He said this is especially devastating in a country like the Gambia, which relies on agriculture for about 40 percent of its national exports and 26 percent of its GDP.

The geographic nature of this smallest mainland African country, a meandering strip of land which follows the Gambia River and is no wider than 80 km, means it is vulnerable to rising sea levels as well as drought. The combined effects of sea level rise, erosion of coastal embankments and increased river sedimentation threaten to dislocate communities through major flooding.

UN Environment representative Ermira Fida, UN Environment’s Green Climate Fund Coordinator, said during the project launch this initiative is estimated to benefit over 11,000 people, over half of whom will be women.

“UN Environment is particularly proud of this project as its ecosystem-based adaptation approach not only helps vulnerable rural communities build resilience over large landscapes. it also empowers them to use their own knowledge and decision-making processes to take climate change action,” she said.

The World Health Organisation (WHO) Regional Office for Africa in Brazzaville, Congo, says there are ...