The Environment Ministers of Canada, France, Germany, Italy, Japan and the United Kingdom, and European Commissioners responsible for environment and climate, have reaffirmed their strong commitment to the swift and effective implementation of the Paris Climate Change Agreement.

In a communique issued at the end of the G7 Environment Ministers Meeting in Bologna, Italy, on Monday, June 12, 2017, they said: “(The Paris Agreement) remains the global instrument for effectively and urgently tackling climate change and adapting to its effects. We welcome the continued support that the Paris Agreement has received from other countries and subnational and non-state actors around the world.”

The ministers and leading officials also said that the Paris Climate Change Agreement is irreversible and that its full integrity is key for the security and prosperity of the planet, societies and economies.

“Our actions will continue to be inspired and guided by the growing, global momentum to tackle climate change and to accelerate the irreversible transition to low-carbon, climate-resilient and resource-efficient economies,” they said.

In addition, the ministers and leading officials called for an increase in sustainable financing as a fundamental requirement to achieving the central goal of the Paris Climate Change Agreement – which is to limit the global average temperature rise to as close as possible to 1.5 degrees Celsius – and as a requirement to achieve the UN’s Sustainable Development Goals.

“We (…) reaffirm the Copenhagen commitment of developed countries to the goal of jointly mobilising $100 billion annually by 2020  from  public  and  private  sources  to  support  climate  action  in  developing countries. We encourage all potential providers of finance to join in efforts in reaching and surpassing this goal,” they said. 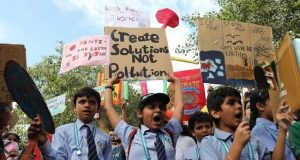 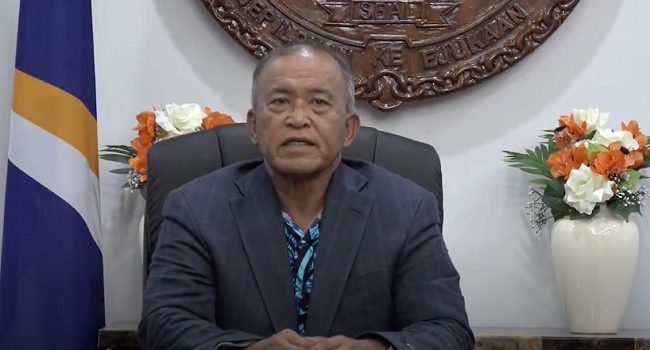 At the Sustainable Innovation Forum 2020, David Kabua, President of the Marshall Islands, has called ...