June 11, 2020 Comments Off on Future ebola outbreaks across Africa possible – WHO 583 Views

A leading expert at the World Health Organisation’s (WHO) Ebola response team, Ngoy Nsenga, has said that Ebola is likely to re-emerge in different regions across Africa in the future considering that it is a water-borne disease.

Nsenga, who made this known in an interview with Sputnik, said that the likelihood of the re-emergence of the virus had made broader vaccination imperative.

“Ebola will appear again somewhere, but we need to be ready to circumvent that outbreak and avoid that it expands to the magnitude of the outbreaks that we had in the past.

“We’ll have this kind of cases popping up from time to time.

“The big deal is how do we prevent it, even if we have few cases, from expanding and having a huge outbreak that expands even beyond the border of the Democratic Republic of the Congo (DRC),” Nsenga warned.

The expert added that vaccination would be a key solution to the health crisis.

“Vaccination will definitely be a way to go, but at this point, I don’t think this vaccine is given outside of the outbreak.“It’s only provided to people who had contact (with infected people) when the outbreak occurs,” Nsenga noted.

DRC Health Minister Eteni Longondo said on June 1, 2020 that a new Ebola outbreak had been reported in the city of Mbandaka, located in the country’s northwest. 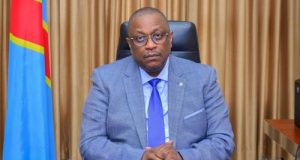