A gathering has called for a global treaty to end plastics pollution. This call was made during the 2017 Global Major Groups and Stakeholders Forum holding from November 27 to 28, 2017 at the United Nations Girgiri Complex in Nairobi, Kenya. 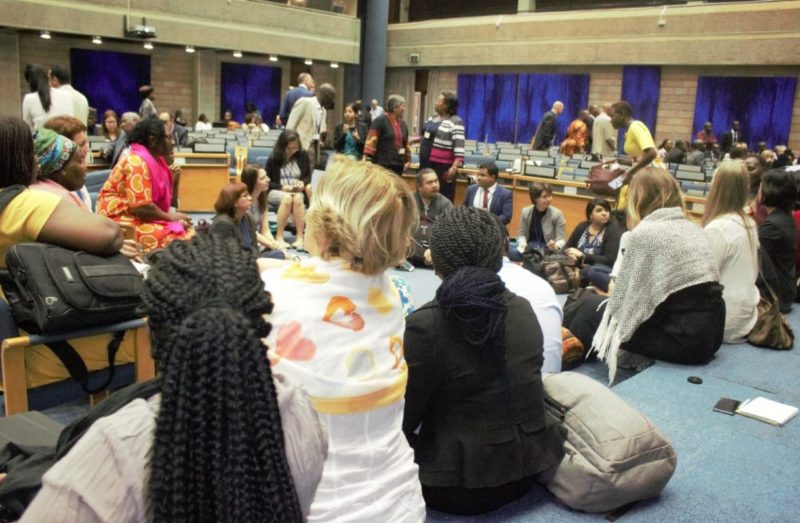 The two-day Global Major Groups and Stakeholders Forum discussed environmental issues revolving around the theme of UNEA 3: “Towards a Pollution-Free Planet” – ranging from land and soil pollution, marine pollution, air pollution, noise pollution, freshwater pollution, chemicals and wastes. The forum came up with concrete recommendations that it wants to form part of the outcomes or resolutions of the 3rd Environment Assembly.

One of the strongest recommendations that came out of the forum was a call for a global treaty on plastic pollution. This call was made by resource persons from civil society organisations (CSOs) during a session on marine pollution.

In their separate presentations, Semia Gharbi of Association de l’Education Environnementale pour les Futures Générations (AEEFG), Tunisia and David Azoulay of Break Free from Plastics campaign, lamented the negative impacts of plastics on the environment and clamoured a global treaty on plastic pollution ss a way to go in order to end pollution from plastics.

Plastics are not biodegradable and they constitute one of the major pollutants of the marine environment.

According to Azoulay, if nothing is done to end pollution from plastics, there will be more plastics in the oceans than the number of fishes and other marine creatures by 2050.

Gharbi noted that, so far, there is no global environmental treaty that comprehensively addresses the issue of pollution from plastics, hence a need for a global treaty to address the global menace.

It is clear that the United Nations is already aware of the negative impacts of plastics on the environment, such that UNEP, organisers of the UN Environment Assembly, has made it a policy not to issue plastic water bottles, but glass bottles if necessary, to participants during the Environment Assembly.

This call however means that member countries of the United Nations need to do more towards having a pollution-free planet and in achieving the Sustainable Development Goals (SDGs).