Egesi made the call during the Third National Summit and Conference on Genetic Resources Conservation and Utilisation, held on Tuesday, March 23, 2021 in Ibadan, Oyo State.

The Summit was organised by National Centre for Genetic Resources and Biotechnology (NACGRAB) and Raw Materials Research and Development Council (RMRDC).

Egesi said that the global crises, such as COVID-19 pandemic, had necessitated the need for promoting sustainable conservation and utilisation of genetic resources in the country.

While stressing the need for Nigeria to look into technology adoption to conserve genetic resources, he said that modern approaches to conservation be encouraged.

To achieve food and nutrition security, the plant breeder advocated for strong partnership between farmers and other stakeholders, including the private sector.

He also stated that valuable genetic resources should be encouraged among farmers, while the country should focus on seed storage traits that were related to seed longevity.

Egesi emphasised the need for genetic improvement of crops and animals to boost agricultural productivity.

“We cannot do a good conservation of genetic resources without good database. Also, there should be strong collaboration between institutes and conservation agencies,” he said.

Ajayi, who pledged the institution’s support and partnership with NACGRAB, commended the centre for the major role it had been playing in the development of agriculture in the country.

Also, the RMRDC Director-General, Prof. Hussain Ibrahim, said that the council had been supplying improved seed and seedling varieties to farmers with a view to enhancing their production capacities.

Ibrahim, represented by the RMRDC Director in Oyo State, Mrs Adebola Bakare, said that the council had also sponsored researches on genetic resources, in conjunction with government’s agencies with mandate on genetic resource development.

He pledged RMRDC’s unflinching support to NACGRAB to ensure promotion of sustainable conservation and utilisation of genetic resources for food security in the country. 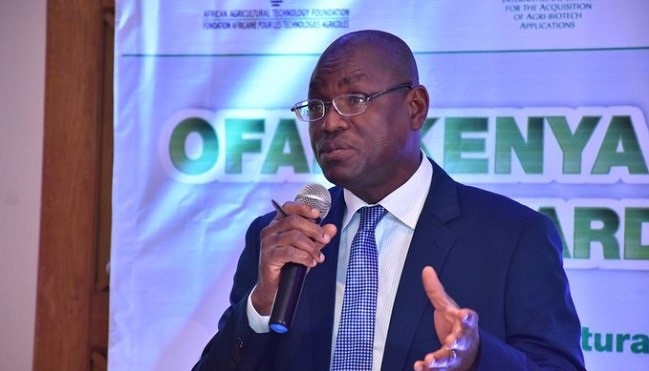