A growing number of pollinator species worldwide are being driven toward extinction by diverse pressures, many of them human-made, threatening millions of livelihoods and hundreds of billions of dollars’ worth of food supplies, according to the first global assessment of pollinators. 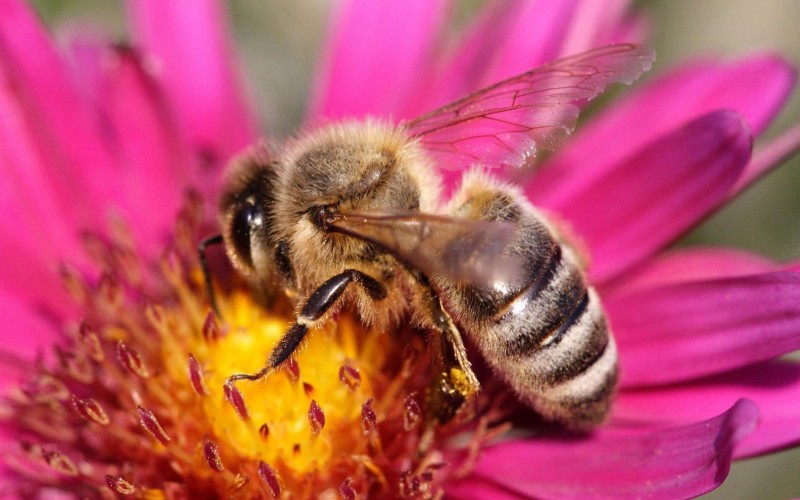 Pollination is needed for plants to reproduce, and so many plants depend on bees or other insects as pollinators.

However, the assessment, a two-year study conducted and released last week by the Intergovernmental Science-Policy Platform on Biodiversity and Ecosystem Services (IPBES), also highlights a number of ways to effectively safeguard pollinator populations.

The assessment, titled Thematic Assessment of Pollinators, Pollination and Food Production and the first ever issued by IPBES, is a groundbreaking effort to better understand and manage a critical element of the global ecosystem.  It is also the first assessment of its kind based on the available knowledge from science as well as indigenous and local knowledge systems.

IPBES was founded four years ago with 124 member nations to form a crucial intersection between international scientific understanding and public policy making.

“Pollinators are important contributors to world food production and nutritional security,” said Dr. Vera Lucia Imperatriz Fonseca, co-chair of the assessment and Senior Professor at University of São Paulo. “Their health is directly linked to our own well-being.”

There are more than 20,000 species of wild bees alone, plus many species of butterflies, flies, moths, wasps, beetles, birds, bats and other animals that contribute to pollination.

Pollinated crops include those that provide fruit, vegetables, seeds, nuts and oils. Many of these are important dietary sources of vitamins and minerals, without which the risks of malnutrition might be expected to increase. Several crops also represent an important source of income in developing countries from, for example, the production of coffee and cocoa.

“Without pollinators, many of us would no longer be able to enjoy coffee, chocolate and apples, among many other foods that are part of our daily lives,” said Dr Simon Potts, the other assessment co-chair and Professor of Biodiversity and Ecosystem Services, School of Agriculture, Policy and Development, University of Reading, UK.

More than three-quarters of the world’s food crops rely at least in part on pollination by insects and other animals.

Between US$235 billion and US$577 billion worth of annual global food production relies on direct contributions by pollinators.

Chocolate, for example, is derived from cacao tree seed (annual world cocoa bean crop value, US$5.7 billion). Cecidomyiid and ceratopogonid midges are essential for its pollination.

The volume of agricultural production dependent on animal pollination has increased by 300 percent during the past 50 years, but pollinator-dependent crops show lower growth and stability in yield than crops that do not depend on pollinators.

Nearly 90 percent of all wild flowering plants depend at least to some extent on animal pollination.

In addition to food crops, pollinators contribute to crops that provide biofuels (e.g. canola and palm oils), fibers (e.g cotton), medicines, forage for livestock, and construction materials. Some species also provide materials such as beeswax for candles and musical instruments, and arts and crafts.

The assessment found that an estimated 16 percent of vertebrate pollinators are threatened with global extinction –  increasing to 30 percent for island species – with a trend toward more extinctions.

Although most insect pollinators have not been assessed at a global level, regional and national assessments indicate high levels of threat, particularly for bees and butterflies – with often more than 40 percent of invertebrate species threatened locally.

“Wild pollinators in certain regions, especially bees and butterflies, are being threatened by a variety of factors,” said IPBES Chair, Sir Robert Watson.  “Their decline is primarily due to changes in land use, intensive agricultural practices and pesticide use, alien invasive species, diseases and pests, and climate change.”

Declines in regional wild pollinators have been confirmed for North Western Europe and in North America. Although local cases of decline have been documented in other parts of the world, data are too sparse to draw broad conclusions.

“While gaps remain in our knowledge of pollinators, we have more than enough evidence to act,” Prof. Imperatriz Fonseca said.

Pests and diseases pose a special threat to managed bees, but the risk can be reduced through better disease detection and management, and regulations relating to trade and movement of bees.

Genetically modified crops are usually either tolerant to herbicides or resistant to pest insects. The former reduces the availability of weeds, which supply food for pollinators. The latter often results in lower use of insecticides and may reduce pressure on beneficial insects including pollinators. However, the sub-lethal and indirect effects of GM crops on pollinators are poorly understood and not usually accounted for in risk assessments.

Pollinators are also threatened by the decline of practices based on indigenous and local knowledge. These practices include traditional farming systems; maintenance of diverse landscapes and gardens; kinship relationships that protect specific pollinators; and cultures and languages that are connected to pollinators.

“The good news is that a number of steps can be taken to reduce the risks to pollinators, including practices based on indigenous and local knowledge,” said Zakri Abdul Hamid, the immediate past Chair of IPBES.

The safeguards include the promotion of sustainable agriculture, which helps diversify the agricultural landscape and makes use of ecological processes as part of food production.

The IPBES assessment has critically evaluated an enormous body of knowledge on pollinators, pollination and food production to ensure decision makers have access to the highest quality information. The assessment was compiled by a team of 77 experts from all over the world. The assessment cites approximately 3,000 scientific papers and includes information about practices based on indigenous and local knowledge from more than 60 locations around the world.

Achim Steiner, Executive Director, United Nations Environmental Programme (UNEP), said: “The growing threat to pollinators, which play an important role in food security, provides another compelling example of how connected people are to our environment, and how deeply entwined our fate is with that of the natural world. As we work toward food security, it is important to approach the challenge with a consideration of the environmental impacts that drive the issue. Sustainable development, including improving food security for the world’s population, necessitates an approach that embraces the environment.”

Irina Bokova, Director General, UNESCO, stated: “In the context of the IPBES report on pollinators, pollination and food production, for the first time, science and indigenous knowledge have been brought together to assess an important biodiversity-dependent service – pollination – in support of food security and its contribution to the 2030 Agenda for Sustainable Development. UNESCO is pleased to have contributed directly to this effort.”

José Graziano da Silva, Director-General, Food and Agriculture Organisation of the United Nations (FAO), submitted: “Pollination services are an ‘agricultural input’ that ensure the production of crops. All farmers, especially family farmers and smallholders around the world, benefit from these services. Improving pollinator density and diversity has a direct positive impact on crop yields, consequently promoting food and nutrition security. Hence, enhancing pollinator services is important for achieving the Sustainable Development Goals, as well as for helping family farmers’ adaptation to climate change.”

Nik Sekhran, Director/Chief of Profession, Sustainable Development, Bureau for Policy and Programme Support, United Nations Development Programme (UNDP), noted: “The complex and integrated development challenges we face today demand that decision-making is based on sound science and takes into account indigenous and local knowledge. Embracing science in areas such as pollination will contribute to better informed policy choices that will protect ecosystem services important for both food security and poverty eradication. UNDP is proactively contributing to promoting dialogue between scientists, policy-makers and practitioners on this and related topics, supporting countries in the implementation of the 2030 Agenda for Sustainable Development.” 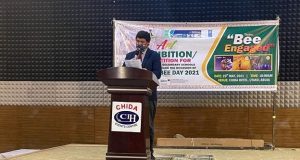 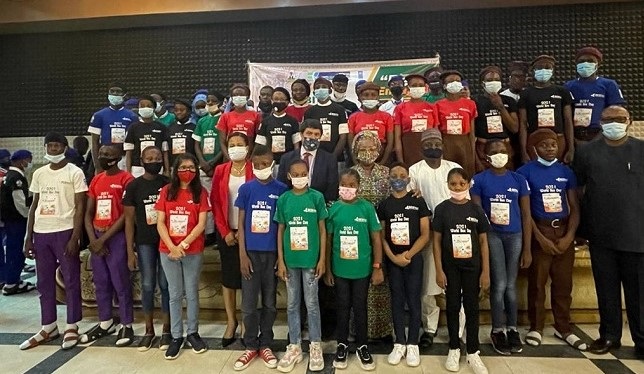 To raise awareness about the importance of bees as pollinators, the threats they face and ...