There is a certain buzz that fills the air as Muslims approach the end of the fasting season. This year’s fasting came on the heels of the just concluded Lenten season by Christians – another fasting season.

For the uninformed, the Ramadan fast which runs its course through a month is between dawn, the time which Muslims eat Sahur and sunset, for Iftar, when the fast is broken. This period of fasting daily takes more than 12 hours.

Due to the long hours of fasting, it is unusual that those fasting begin to crave certain type of foods and this commonly leads to the temptation to break the fast with processed and packaged foods. In many cases, fried foods, mainly akara, is eaten alongside pap or custard. For those who work and are too tired to prepare what to eat during Iftar, they are easily gravitated towards eating processed foods. Many of these foods contain unhealthy fat – Industrially produced trans fatty acids in large quantities that ultimately harm the body system.

Trans fat is unhealthy fat that increases the bad cholesterol and decreases the good cholesterol. Trans fat occur in two states; the natural form (or ruminant trans fat) which is found in meat and dairy products. They form naturally when bacteria in animals’ stomachs digest grass. They have no impact on the health, so they are of no cause for concern. Many have said its level of impact is based on moderate consumption of meat and dairy but the general consensus is that naturally occurring trans fat is not harmful.

However, artificial trans fat, also referred to as industrially produced trans-fat is unhealthy and harmful. According to the World Health Organisation in a 2018 document, ‘Industrially-produced trans fats are contained in hardened vegetable fats, such as margarine and ghee, and are often present in snack food, baked foods, and fried foods. Manufacturers often use them as they have a longer shelf life than other fats.’

The temptation to break one’s fast with highly flavoured, brightly coloured and crunchy processed and fried foods is high and this is generally a bad idea not only because over feeding on food with high level of fat will make the body malnourished, they are also risk factors for cardiovascular diseases.

Experts say the major organs of the body rest during fast. Temitope Aguda, a trained Food Scientist and co-founder, Omoge Veggies, insists that “as you fast, major organs,kidney and liver are resting from processing foods. This is particularly good for the body. Eating trans fatty food after this period is taking several steps backwards.”

Other dangers associated with consumption of trans fat after a day’s fast include body shock and diarrhoea, bloating and the possibility of choking on food consumed. When bloating happens, the body will not be able to take in needed nutrient which will hamper the body system for the next day’s fast.

“After the day’s fast, one is supposed to introduce food to the body as gradually as possible. Warm water first as this wakes the digestive system and rehydrate the organs as they come alive. This is then followed with consumption of fruit – eaten as whole or blended,” Temitope concluded.

As the month of Ramadan spans between 29 and 30 days, it is essential that the body gets all the nutrients that it can within the shortest period before the following day’s fast. Akinyooye Sharafadeen, an advocate for a trans fat free Nigeria and a farmer, insists that the Prophet also admonished Muslims to consume fruits and water as they break their fast as it will replace nutrients lost and strengthen them for the next day.

Dr Patricia Ukegbu suggested that those fasting should limit their fat, sugar, and salt intake. Those who fast should drink enough water and balance calories they consume with calories they expend. The National Secretary General, Nutrition Society of Nigeria also said people fasting should eat a well-balanced and adequate diet during Ramadan.

In the global fight to eliminate trans fats, the World Health Organisation (WHO) designed a programme tagged the REPLACE package in 2018 which Nigeria is yet to fully implement. However, civil society organisations and other stakeholders have begun an all-essential policy engagement with National Agency for Food and Drug Administration and Control (NAFDAC) and other relevant bodies on laws and regulations that will help eliminate trans fat use in food production or reduce it to the barest minimum.

Regulations and legislations are especially important because processed and packaged foods can be produced with healthier alternatives that pose no risk to consumers. This call for elimination is also especially important at this time that COVID19 has wreaked havoc globally in health and social interaction just as Muslims cannot come together to break their fast as a group due to restrictions on gathering.

Passing and gazetting the draft regulations on pre-packaged food and labelling will go a long way in taking Nigerians out of harm’s way. 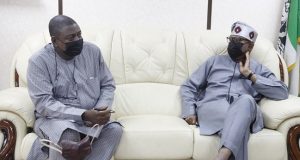