Heavy rains in Somalia’s Juba and Shabelle river basins continue to cause flash and riverine flooding displacing an estimated 220,000 people, the UN Office for the Coordination of Humanitarian Affairs (OCHA) said on Friday, May 11, 2018. 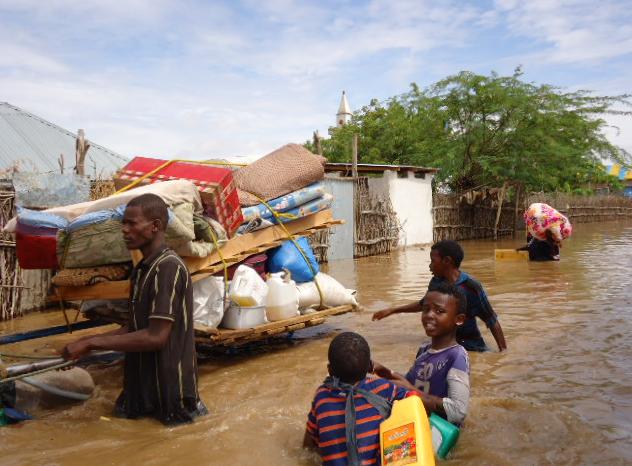 Jens Laerke, Deputy spokesperson for OCHA, said at a regular UN briefing that a total of 718,000 people have been affected by the floods in the northeast African region that have claimed 132 lives in Kenya.

In Ethiopia, flash floods are expected to continue in flood-prone areas.

In April alone, nearly 171,000 people were displaced across the country, the majority by flooding in Somali region.

Floods have also destroyed some 13,000 hectares of farmland and damaged health facilities and schools.

The government in Ethiopia and partners are dispatching emergency relief including safe drinking water and hygiene and sanitation relief which are crucial to avoid a reemergence of acute watery diarrhea.

In Kenya, more than 311,000 people have been displaced by floods and the death toll has risen to 132, including some 30 people, who were killed in Nakuru, when a dam bursts its banks on May 9.

“The government and partners, in particular, the Kenyan Red Cross, are responding including with search and rescue of people marooned by floods,” said Laerke.