The Director-General (DG), National Emergency Management Agency (NEMA), Mr Mustapha Maihaja, has placed all Disaster Response Units across the country on red alert due to rise in water level. 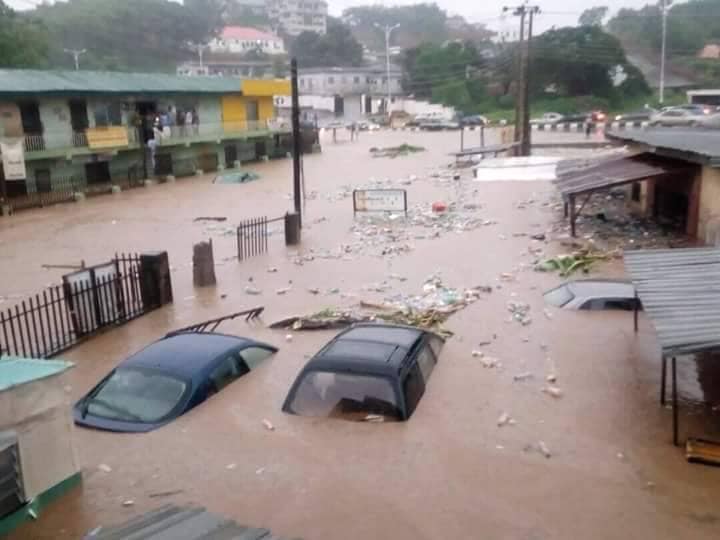 Iyamu noted that water level across the country had been rising consistently due to heavy rainfall.

“As at yesterday (Thursday) the water level was 10.84 at the confluence in Lokoja; this is approaching the level experienced in 2012 which was about 12.

“Putting that into focus and looking at that in perspective, that is why we are building a response team to adequately address it.

“The DG has put all the response agencies on red alert to be mainstreamed if the situation gets to catastrophic disaster,” Iyamu added.

He added that the Agency had identified 12 frontline states that might be prone to flood this year, adding that flood in those states could occur any time.

“The DG has formed six teams to go around these frontline states to ascertain the preparedness of the Response Agencies there and to ensure that those that are vulnerable and threatened by flood are evacuated to safe areas,” he said.

According to the Director, NEMA team is in Ilorin to assess the preparedness of the Army Disaster Response Unit, in case of disaster in Kwara, Kogi and Niger states.

Iyamu described the military as a key player in disaster management in the country, hence the visit to the 222 Battalion.

He said there were two types of disaster; minor and catastrophic, adding that when catastrophic disaster occurred, government would call the Disaster Rescue Unit (DRU), across the country to the rescue.

Iyamu, however, advised the people of Kwara not to exercise any fear in case of any disaster, especially flood as the Agency was up to the task.

“You in Kwara have nothing to fear; we are ready; we are prepared to deploy our team whenever disaster occurs,” he said.

The director of Search and Rescue at the Defence headquarters, Vice Admiral Dolapo Kolawole, said the military was an important component of disaster response.

He added that military worked in synergy with NEMA, adding that there was a military unit designated as Disaster Response Unit.

Kolawole said he was in the NEMA team to Kwara to assess the response team at the 222 Battalion.

Earlier, the Commanding Officer, 222 Battalion, Major Okoye, highlighted the disaster situation in Kwara and the area most prone to flood.

He said over 2,000 hectares of farmland were destroyed by flood in Patigi, Lafiaji and Shonga, particularly on the bank River Niger.

The Commanding Officer also said a cemetery and school in Oloje area of Ilorin were affected by flood.

Okoye, however, listed the challenges of the response unit to include lack of resources, vehicles and communication equipment.

He called for adequate synergy between NEMA and all response agencies in the country.

The team also visited the 333 Medium Airlift Group (MAG), Nigerian Air Force, Ilorin, where the Commander, Group Capt Patrick Obeya, presented the readiness of the Response Unit to any disaster or emergency.

Group Capt. Obeya told the team that the response unit was in need of qualified personnel in disaster management, rescue, airlifting and air dropping of relief materials.

Iyamu expressed satisfaction at the response plan of the 333 MAG and the brief which he said was not ambiguous.

Like Loading...
2018-09-14
admin
Previous: Lego to ban plastic blocks by 2030
Next: WHO steps up measures to tackle sleeping sickness in South Sudan