The Lagos Waste Management Authority (LAWMA) has unfolded plans to recruit more female drivers for its waste evacuation trucks following the success of an experiment it conducted with the first set of female drivers.

The female drivers and the newly-acquired trucks

According to the LAWMA Managing Director, Ola Oresanya, the 46 female drivers initially engaged to drive the waste evacuation trucks have shown an uncommon tenderness in handling the vehicles that the organisation is now considering hiring more.

Oresanya, who said this during the handover of newly-purchased skip trucks by the state government to LAWMA in Ogudu recently, said the female drivers had recorded zero accidents with the vehicles compared to their male counterparts.

Besides, he said the female drivers were more friendly and considerate of other road users, and enthusiastic about their job of ensuring the cleanliness of the state, noting that the decision to engage them was in line with the Governor Babatunde Fashola’s focus on women empowerment in line with the Millennium Development Goals (MDGs).

“Three years ago, we brought in ladies to drive our trucks on an experimental basis, I am proud to say the experiment has been a huge success,” he said.

The LAWMA boss said the female drivers were trained for six months at the Lagos Drivers’ Institute before they were given the vehicles to handle, adding that the organisation was using them as model for their male counterparts.

Oresanya said there were 846 waste collection vehicles belonging to LAWMA and the private sector participants in waste evacuation and management, and that the new skip trucks, which are smaller compared to the compactors, were added to the initial 45 bought last year by the state government.

He said the new skip trucks would gradually replace some of the old trucks currently being used for waste evacuation in the state, adding that 100 new trucks were being expected in the coming months.

Commissioner for the Environment, Tunji Bello, who handed over the vehicles to LAWMA, said the skip trucks would be suitable for evacuating waste in inner and narrow streets, and from communal pick spots where compactors could not easily get to.

He said the state government was an equal opportunity employer and would support the female drivers, who would operate the skip trucks, to fulfil their potential with adequate healthcare facilities and insurance packages.

Bello said, “To Lagos residents, this is your tax in action. When we started our environmental revolution efforts, a lot of people doubted us, but we have been waxing stronger. We are not only interested in the highbrow areas, but everywhere in the state.

“The residents owe it a duty to pay for the evacuation of their refuse so that we can reinvest the money in building capacity so as to serve them better.” 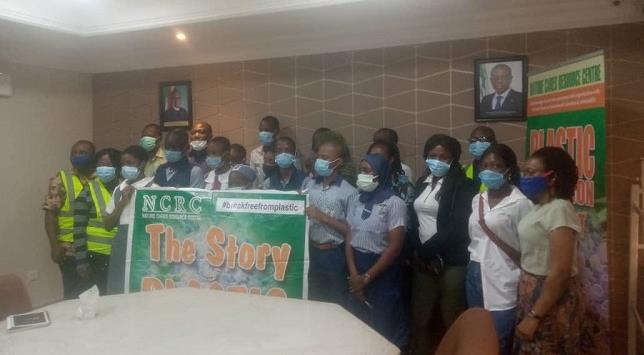 The Lagos-based Nature Care Resource Centre (NCRC) has called on government at different tiers to strengthen ...