Gov. Kayode Fayemi of Ekiti State has flagged off distribution of equipment to farmers, under the Nigeria Erosion and Watershed Management Project (NEWMAP), to promote agribusiness in the state.

Fayemi, represented by the Deputy Gov. Bisi Egbeyemi, performed the ceremony in Ado-Ekiti, the state capital, on Tuesday, July 13, 2021.

The governor said that his administration had made incentives available to boost agriculture in the state.

He restated his administration’s commitment to the protection of the environment toward making it conducive and attractive for agriculture and protecting forest resources for the benefit of the state.

He said that his government decided to explore the NEWMAP option in its quest to transform agriculture in the state.

According to him, Ekiti is among the 23 states in the country participating in the World Bank-assisted project.

“This empowerment programme for farmers in Ekiti is one of the fulfillments of our promise to strengthen agriculture in our dear state and make it a business that can boost our economy.

“As a responsible government, we are leaving no stone unturned in our continued quest to move agriculture, which is the mainstay of our economy, from mere production of staple foods for farmers to thriving and sustainable agribusiness.

“In our quest to achieve improved economic status, we have also invested and done much, not only to support our farmers but also, to put the needed infrastructure that can enhance production and marketing of agriculture outputs in place,” he said.

Fayemi described NEWMAP as an intervention project by the Federal Government for the management of erosion and watershed challenges across the country.

He added that the programme was aimed at rehabilitating degraded lands, reducing erosion and flood disaster as well as creating new environment that would be hazard-free for the benefit of the people.

Also speaking, Commissioner for Environment and Natural Resources, Mrs Iyabo Fakunle-Okieimen, said that Ekiti was one of the tier-five states to key into the project in 2019, crediting the governor with the feat.

She said that the event bordered on regeneration of degraded forest reserves and woodlots, and targeted at cultivating 250 hectares of land in nine forest reserves in Ado-Ekiti and Ikere-Ekiti.

In his remarks, Mr Ganiyu Saheed, Chairman of Crown Ocean Nigeria Ltd., the technical partners of the project, hailed the Fayemi led-administration for subscribing to NEWMAP to save the environment and boost agriculture.

Saheed said that farmers would be trained on proper handling of the tools and operational techniques of planting trees.

He added that the benefiting 540 farmers had received 90,000 seedlings, 13,500 kilogrammes of fertilisers, 1,000 litres of agrochemicals, 550 pairs of safety boots, hand gloves, safety helmets, raincoats and knapsack.

Previous: How pre-COP26 global dialogue can deliver for Africa, by Mwenda
Next: Climate change should be treated equally as COVID-19 pandemic, says study 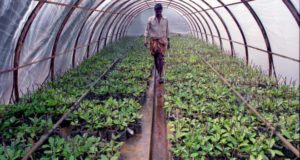 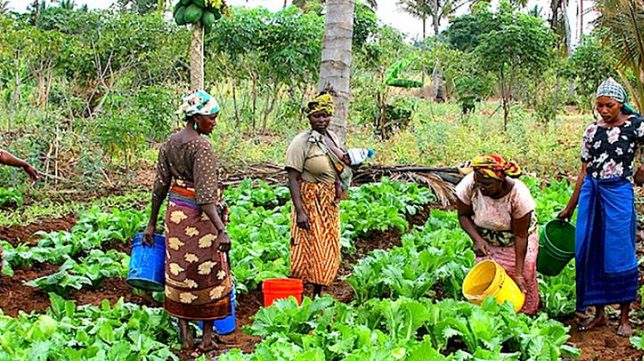 The Federal Government has urged the National Assembly, civil society organisations (CSOs), media and other ...