The Minister of Works and Housing, Mr Babatunde Fashola, has called on the newly inaugurated board of the Federal Housing Authority (FHA) to proffer solutions to urban housing deficit in the country.

The minister made the call to the members while inaugurating the board on Thursday, July 8, 2021 in Abuja.

“It is not true that the country has 23 million housing deficit, rather it is a case of many empty and locked up houses across the country.

“The talk that Nigeria has 23 million housing deficit is a lie. We have no scientific or logical basis. The housing problem is an urban problem let’s be honest about it.

“Many of the people who are renting houses in the cities have big empty houses in their villages so let’s understand this. In the urban centres, whether it’s Lagos, Port harcourt, Owerri, Kaduna, Kano, Ibadan there are empty unoccupied houses.

“So one of the things you need to begin to do is to rethink and understand how to solve that problem, how do we bring those empty and locked houses to light.

“Because if there are empty houses that people are not living in, does it make sense to say there is a deficit? And there is no city in this country where you won’t see an empty house.

Fashola stressed that one of the key things that the Buhari administration wanted was to use infrastructure as a way of rebuilding and expanding the Nigerian economy.

The minister said that the government also wanted to build a globally competitive economy by investing in the people by access to affordable housing, financial inclusion and generally a better way of life for citizens.

Fashola therefore urged the board members to quickly acquaint themselves of the Act that set up the board in order to carry out their responsibilities in guiding the agency.

“So I would want you to situate your contributions to this board around the parameters of what the government wants to achieve. Essentially your role will be as defined by the law of the Federal Housing Authority Act.

“I urge you to quickly acquaint yourselves with your duties and responsibilities in that Act but largely you will be the thinking mind and conscience of the management.

“So please familiarise yourself with the act that empowers you to sit on this board.’’

Responding, the Chairman of the newly inaugurated board, Mr Lawal Shuaibu, appreciated the minister and the government for finding him and his colleagues worthy of the appointment.

Lawal assured the minister that they would give their utmost best given the composition of the members, “you have a machine to move the FHA forward’’.

Present at the inauguration are the Minister of State of Works and Housing, Mr Abubakar Aliyu, the Permanent Secretary, FMWH, Mr Babangida Hussaini, who is also a member of the 12-man board. 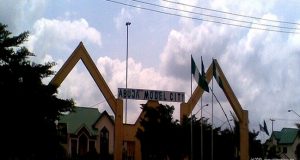