Environmental experts on Monday, December 4, 2017 called on journalists to disseminate relevant information to educate the citizens about the causes of climate change so as to curb its consequences on the environment. 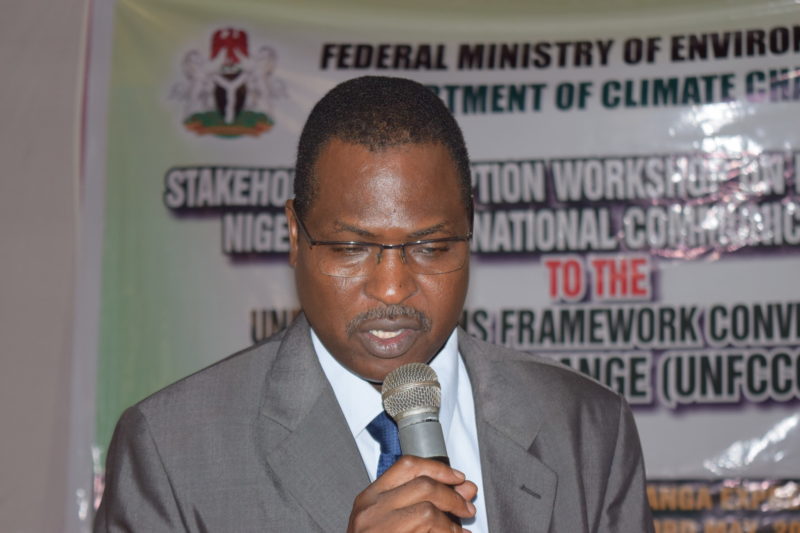 The experts made the called at a one-day Media Workshop on the Environment for Reporters and Editors, organised by the International Environmental Roundtable for Africa (IERA), a non-governmental organisation (NGO), in Abuja.

Mr Uche Agbanusi, a former National President of Nigerian Environmental Society (NES), said that the continuous emission of carbon dioxide and other hydrocarbon gases acted like a glass and caused sun rays to affect the earth.

He said that this explained the phenomenon of global warming and “greenhouse gases’’.

Agbanusi, who presented a paper on “The Push for a Greener Earth: How can the Media Help’’, underscored the need for humans to maintain a greener earth to achieve a green economy for the society.

He said that the natural environment had been in existence before the creation of man, while the arrival of man constituted an addition to the elements of the environment which were air, land and water.

“The arrival of man, which is not by accident, begins the course of environmental changes.

“Although there are also natural causes of change in the environment such as volcanic eruptions which also releases smelly sulphur dioxide (SO2) into the environment.

“The release of volcanic lava unto the soil and volcanic ash into the atmosphere also causes climatic changes,’’ he said.

He, however, said that more devastating effects were the changes which man caused through his anthropogenic activities.

Agbanusi said that the resultant changes were generally not the intended desire of man as they inadvertently happened through man’s actions.

“These actions are always voluntary and involuntary, depending on the goals of man’s activities,’’ he added.

He said the workshop was meant to arouse the media interest in environmental reporting to communicate environmental information directly and indirectly to the public, governments and organisations which influenced public awareness and response.

“This is to elicit personal commitments in improving the quality of their environment.

“It is also to make environmental reporters better informed to enable them to provide accurate information on the state of the environment in Nigeria,’’ he said.

He said that in view of the potent dangers posed by the depletion of environmental resources, man needed complete and sound information on what was happening in order to know what to do next.

In his contribution, Prof. Sani Mashi, the Director-General, Nigerian Meteorological Agency (NiMET), attributed the changing patterns of the global weather to human activities that caused indiscriminate destruction of natural plants.

Mashi said that the implications of the development were the enormous environmental challenges facing the country, hence the need for the masses to receive proper education through the journalists’ reportage.

He said that NiMET had started developing formidable actions to confront the challenges so as to ensure that the information meant to educate the society was disseminated on time.

“The rainfall patterns have changed as a result of the effects of climate change and this is the reason for the heavy rainfall that causes flood in the country.

“NiMET, NEMA, Nigeria Hydrological Services Agency and other related agencies have been critically looking at the issues by releasing flood alerts on time,’’ he said.

Mashi said that man had contributed immensely to the emissions of gases that caused climatic change, adding that the gases originated from burning of fossil fuels and forests as well as through industrial and agricultural processes.

He, however, noted that paucity of funds had limited the efforts of the agency to work actively to fulfil its mandates.

According to Banjo, the MEA is a legally-binding agreement among nations which allows them to reach a target, especially in achieving the Sustainable Development Goals (SDGs) on the environment.

“What is expected of a country that is a signatory to the agreement is for the country to do an initial assessment to determine those industries using chemicals that wreak havoc on its environment.

“This will enable the people know the harmful effects of the chemicals used by the industrial sector, while improving the level of public awareness of environmental degradation issues.

“So, what we are doing in UNIDO is to assist countries, including Nigeria, to develop this initial assessment of the MEA initiative,’’ Banjo added.