Experts to Confab: How to repair nation’s degraded environment

May 8, 2014 Comments Off on Experts to Confab: How to repair nation’s degraded environment 1,025 Views 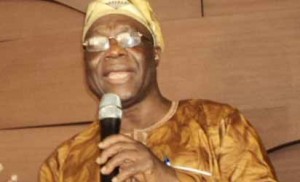 Concerned by the lack of sufficient enabling laws to protect the environment coupled with the devastating effects of climate change in the country, a group of environment and climate change experts recently in Abuja presented a memorandum to the Environment Committee of the National Conference.

The forum was facilitated by the Abuja-based Nigeria country office of the United Nations Development Programme (UNDP).

Nigeria, with its fast growing population, has a land surface area of 924,000 km2.The environment is however under increasing threat from human activities and natural disasters such as flood and drought.

By the 1990s, a World Bank report estimated that Nigeria was losing a considerably amount yearly to environmental degradation in the face of poor mitigation measures and initiatives.

The experts, led by renowned climatologist Professor Emmanuel Oladipo, captured such key environmental challenges facing the nation in terms of land degradation, as well as air and water pollution.

The group argued that inappropriate technologies and rapid deforestation are major contributing factors to soil erosion, flooding and land degradation, and desertification.

Fossil fuel use, particularly oil and gas exploration, has aggravated the problem of ecological damage in the Niger Delta.

Similarly, indiscriminate and illegal mining for mineral resources in many parts of Nigeria have left many areas of the country bare and unproductive, particularly in Kaduna, Nasarawa, Plateau and Zamfara states.

While warning the Confab committee that urgent actions needed to be taken to salvage the environment, the experts said: “If a nation’s environmental foundation is depleted, its economy may well decline, its social fabric may deteriorate, and its political structure may even become destabilised. Development will be meaningful if it does not increase a country’s vulnerability to environmental impacts. Development seen purely from economic growth view that is an increase in quantity cannot be sustainable indefinitely on a finite planet.

“As the environment is the life supporting system of human existence and survival and provides much of the physical milieu and the raw materials required for socio-economic progress, humanity has no choice but to interact with it.

“Unfortunately, human interaction, natural disaster and climate change are putting unprecedented pressure and impact on the quality of our environmental conditions. Climate change, in particular, is currently one of the most critical issues facing mankind today. It strikes at the very heart of the sustainability of our life, and is compounding human efforts to attain sustainable development. Nigeria is strongly predisposed to severe negative impacts of climate change due to its nature of the economy, weak resilience and low adaptive capacity. Much of the economy is dependent on climate change-sensitive resources.

“For example, the agriculture sector (crop production, livestock and fishery) and forestry which employ up to 70 per cent of the workforce and contributes about 22 per cent of the rebased GDP is very climate sensitive.”

The experts also told the committee that if the environment is properly managed, it can be a productive resource to meet or socio-economic and aesthetic needs, not only for today, but also for the future generations. Conversely, if poorly managed, the environment could easily become hazardous and threatening to the country’s survival. Where human interaction with the environment results in degradation, it can be a significant source of economic loss and stress upon human societies.

For Nigeria to ensure its environmental sustainability in the context of its rapidly growing economy, the experts however underlined the need to make a clean, healthy and satisfactory environment a constitutional right in which the natural resources of the country are seen as the heritage for the present and future generation.

This, they said, is based on the premise that every Nigerian has the right to a clean and healthy environment, which must not be infringed upon by another person.

Thus, any new Constitution that may arise from the National Conference must contain specific provisions that recognise environmental rights as well as the right for people to derive economic, social and cultural benefits from natural resources. An emerging consensus is that constitutional environmental rights and responsibilities are a catalyst for stronger environmental laws, better enforcement of those laws and enhanced public participation in environmental governance.

According to them, there is a strong positive correlation between superior environmental performance and constitutional provisions requiring environmental protection. Nations with green constitution (such as Norway which added environmental rights to its constitution in 1992) have smaller ecological footprints and have reduced air pollution up to 10 times faster than nations without environmental goals for sustainable development may never be attained. Thus any constitutional review process should include detailed obligations in respect of specific natural resources, as well as the human aspects of environmental management.

They also advocated for the adoption of an Integrated Environmental Management Approach (IEMA) in the country’s development process. This, they noted, calls for a holistic and goal-oriented approach to environmental management that addresses interconnections through a strategic approach that selects, designs and implements mutually supporting activities contributing to solving a particular problem(s) to maintain the environment in a good condition for a variety of long-range sustainable uses and for the future generations.

The group also underscored the need to conduct environmental assessment and mapping of blight spots to produce State of the Environment Report (SOER) on a five- to 10-yearly basis to measure the country’s environmental performance and to have appropriate data for environmental planning for mainstreaming or integration into national development planning and the implementation of development process/agenda.

The SOER is intended to capture and present, in as accurate and useful a format as practicable, key information on the state of the environment in terms of its current condition, the pressures on it and the drivers of these pressures.

The experts also underscored the need to develop and implement a medium- to long-term National Environmental Action Plan (NEAP) that will ensure the mainstreaming of environmental issues into Vision 20:2020 for sustainable development of Nigeria.

This, according to them, would enable Nigeria to address the environmental problems of the country in a more integrated and holistic manner than the hitherto sectoral approach.

Another recommendation is the review of the present environmental governance structure for enhanced capacity building that will put the ministry and its agencies in a better and stronger position to manage the Nigerian physical environment for productivity, poverty reduction and sustainability for the future generation.

The new environmental governance in Nigeria should enable the country to effectively conduct environmental assessment, research, and education, as well as being able to maintain and enforce national standards under a variety of environmental laws and regulations, in consultation with states and local governments.

The issue of consolidating and ensuring nation-wide dissemination of environmental laws and regulations through public education, advocacy, stakeholders’ consultations and research with appropriate enforcement mechanism in place was also raised by the experts.

They also underscored the need to incorporate into existing laws and popularise the recently globally approved concepts of environmental audit, environmental remediation and environmental justice, as well as empowering environment-related civil society organisations and research institutes.

The need to secure Presidential assent on the Bill on the establishment of the Climate Change Commission/Agency for the country was also revisited. The proposed body is supposed to be an independent and autonomous body under the Office of the President designed to be the sole policy-making arm of the government which shall be tasked to coordinate, monitor and evaluate the programmes and action plans of the government relating to climate change.  Oladipo described the idea as probably the only way by which issues of climate change in will be given the desired national priority they deserve.

The  Confab committee was also urged to make provisions in the Constitution to pursue a green growth and climate resilient development path with the strategic objectives of achieving energy security and a low carbon energy supply that supports the development of green industry and services for future green jobs that are likely to dictate global sustainable development; while achieving sustainable land use and water resource management that results in food security, appropriate and sustainable urban development and preservation of biodiversity and ecosystem services and achieving social protection, improved health and disaster risk reduction that reduces the country’s vulnerability to climate change.

The final recommendation put forward by the experts was the need to reorganise the Ecological Fund Office to have a governance structure with appropriate checks and balances to make it more technically competent and effective with clear and measureable goals and objectives, as well as a results-oriented management culture.

The group in the submission reiterated that there must be clear linkages between the Fund and a national environmental action plan as well constructive relationship with relevant government agencies at the federal and state levels, intermediary organisations that provides services to clients, and other organisation in the environment community.

“Imperative of constitutional reform: The 1999 Constitution mentions the environment only once, in an ambiguous provision (Section 10), which is neither here nor there, while at the same time not making environmental rights justiciable. Thus it is suggested as follows: There is the urgent need to expand the scope of Chapter 4 (human rights provision) of the 1999 Constitution by incorporating enforceable fundamental rights to clean, healthy and satisfactory environment as in the African Charter, in Ghana, Uganda, Eritrea, South Africa etc. A new section 44 is proposed in the Constitution. Reform of the archaic rule of locus standi through the introduction of Section 6 (7) in the Constitution thus making environmental protection the duty of every one; Power to legislate should be more incisive so as to remove existing needless ambiguity with respect to legislative power on the environment. It is proposed that environment should be explicitly included on the Concurrent Legislative list in the Second Schedule to the Constitution.

“Under this sub-head, there is need to review, update and reform some principal enactments dealing with the environment such as are: The National Environmental Standards and Regulations Enforcement Agency (NESREA) Act; the National Oil Spill Detection and Response Agency (NOSDRA) Act; The National Environmental Management Agency (NEMA) Act; the Environmental Impact Assessment (EIA) Act ; the Oil Pipelines Act; and the Petroleum Act; the Minerals Acts and the Criminal Code Act to ensure increased fines through the introduction of proposed new sections 245, 246, 247 and 445 to the Code. (9) The Associated Gas re-injection Act to ensure elimination of gas flaring by October 1,2014 through the introduction of Section 3 to the Act and to incorporate the principle of General Application of the Act to all Oil and Gas Exploration and production activities in addition to making community involvement in the monitoring compliance with provisions of the Act mandatory through  a proposed section 3(3) and; (10) The Tin (Miscellaneous Provisions) Act.”

Previous: Bewildered Nwajiuba to Mallam: Why, why and why?
Next: Stakeholders seek to mainstream climate change into development agenda