The meeting was organised by FMARD in collaboration with the Nigerian Institute for Oil Palm Research (NIFOR).

Olakulehin said such policy could make the crop the mainstay of the nation’s agriculture economy.

In his paper entitled: “The Coconut Tree: Economic Benefits for Nigeria’’, Olakulehin said coconut was a major non-oil export foreign exchange earner for the country and provided livelihoods for millions of Nigerians.

He said that only proactive interventions such as the development of a national policy and a regulatory agency could reposition the agriculture sector for employment generation along the value chain.

He added that Lagos State had dedicated about 1,000 hectares of land for commercial coconut plantation to be blocked into 100 plots apiece.

Olakulehin said also that Lagos State accounts for about 70 per cent of Nigeria’s coconut production and is committed to the production of more than 200 million seedlings in the next five years.

Okoroji said Nigeria was lagging behind other countries in coconut production and that there was the need to re-evaluate production among stakeholders to identify the current constraints responsible for the decline in the sector.

He said that NACOPPMAN was committed to planting about 10,000 coconut trees in each of the coconut viable states annually.

“Nigeria can make more than N300 trillion from coconut without value addition. So, if you now add value, Nigeria can earn more,’’ she said.

Earlier, a Deputy Director at FMARD, Chukwuemeka Ukattah, said Nigeria was expected to generate about 250 million dollars from coconut and its derivatives by the year 2022.

“Nigeria is ranked 19th among world’s coconut producers. It is a prominent crop cultivated in 22 out of the 36 states of the federation.

“Nigeria’s coconut national production is about 229,578 tonnes. The area under cultivation is estimated at 30,420 hectares.

“The national demand is estimated to be one million tonnes per annum, leaving a deficit of 716,000 tonnes.

“There is the need for stakeholders to cash in on this deficit and see it as an opportunity to increase production through replanting of aged plantation and value addition,’’ Ukattah said.

He said the meeting was for stakeholders to discuss critical issues affecting coconut value chain and evolve strategies that would help to address inherent challenges.

In his paper entitled: “Overview of Production and Challenges of Coconut in Nigeria’’, Ikuenobe said it was regrettable that Nigeria is an importer of coconut and its products.

He said that NIFOR was strengthening its capacity to meet the sudden upsurge in the demand for coconut seedlings.

“We are working to invigorate our coconut gardens in addition to other identified trees seeds.

“We are confident that the coconut sector will sooner than expected, be repositioned as a very significant sector of the economy providing employment and income,’’ he said.

Among those present at the meeting were CBN officials, those of the Bank of Agriculture and Edo Investment Promotion Office. 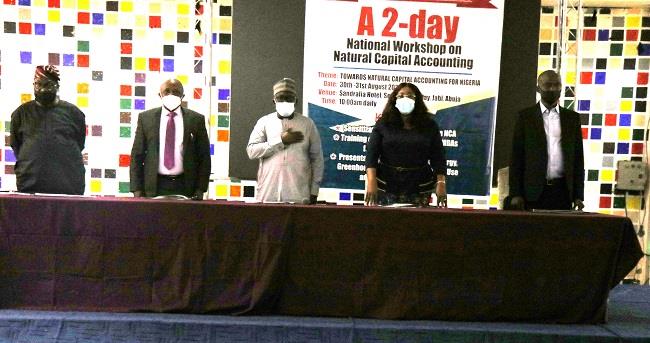 The World Bank and University of Nigeria, Nsukka (UNN) are set to support the Federal ...