Every lead poisoned child will be treated, says government

June 28, 2018 Comments Off on Every lead poisoned child will be treated, says government 1,002 Views

The Ministry of Mines and Steel Development on Wednesday, June 27, 2018 in Abuja said it would ensure that no lead poison remained in the blood of over 650 children receiving treatment in Zamfara and Niger states. 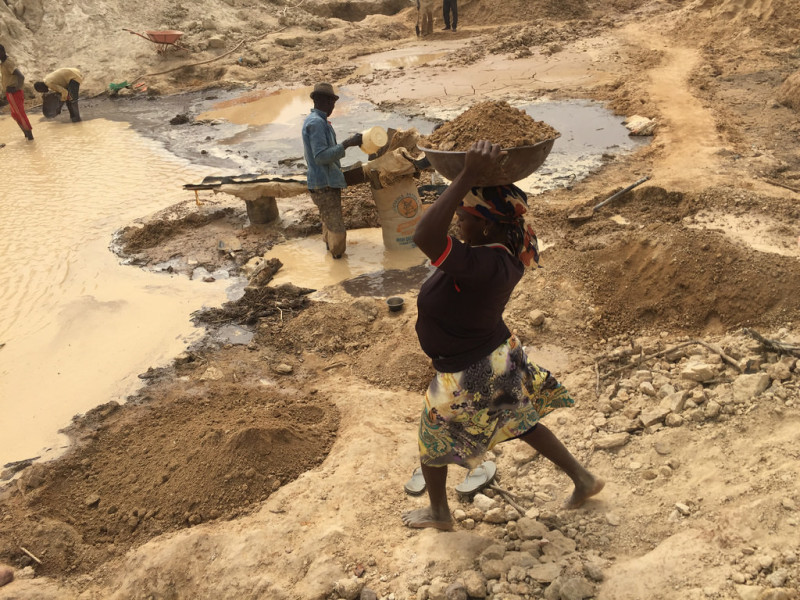 Alhaji Abubakar Bwari, the Minister of State of the ministry, gave the assurance while addressing newsmen at the end of a two-day event on the second International Conference on Lead Poisoning Associated with Artisanal Gold Mining in Nigeria.

According to Bwari, the ministry and other relevant stakeholders will ensure that lead poison is totally removed from the affected children’s blood, for them to become normal in the society.

The News Agency of Nigeria (NAN) recalls that 20 children are currently receiving treatment in Niger while 660 in Zamfara are also undergoing treatment and follow-up to ascertain the level of lead poisoning in their blood.

Lead is a toxic metal found in the earth’s crust.

It is a cumulative toxicant that affects multiple body systems and is particularly harmful to young children, as it is stored in the teeth and bones where it accumulates over time.

He said that the ministry and relevant stakeholders had worked tirelessly during the two days conference to proffer solutions and recommendation on how to prevent lead poisoning reoccurrence in Nigeria.

He said that the ministry would adopt short, medium and long term strategies to prevent reoccurrence in Nigeria.

According to him, the ministry will present all the recommendations made during the conference at the Federal Executive Council (FEC) and the National Assembly on how they could support the ministry in its drive to achieve safer mining.

The minister said while the ministry continued to pursue safer mining, it would ensure that artisanal miners were registered into cooperatives, to enable them to become legal miners.

Bwari commended the relevant ministries such as environment, health and Doctors Without Borders for making the conference a success and recommendations proffered on safer mining for Nigeria.

There was an outbreak of lead poisoning in Zamfara in 2010, which killed no fewer than 400 people, mostly children.

In 2016, there was another outbreak in Niger that also killed more than 28 children.

However, the Medicine Sans Frontiers, known as Doctors without Borders, were able to curtail the spread in the two states, in collaboration with relevant ministries and the Federal Government through funding and technical support.

The cost of the first phase of remediation of the poisoning in two villages in Zamfara was N150 million and it was funded by the state government.

The second phase of remediation in five villages in the same state cost $2 million, sponsored by the United Nations.