September 4, 2017 Comments Off on Europe commits to staying malaria-free 1,000 Views

The World Health Organisation (WHO) European Region has marked what seems like an important step on the road from malaria control to malaria elimination, and then on to maintaining malaria-free status, with the launch of “The Ashgabat Statement: Preventing the re-establishment of malaria transmission in the WHO European Region”. The Statement was formally presented on Monday, September 4, 2017 in Moscow, Russian Federation. 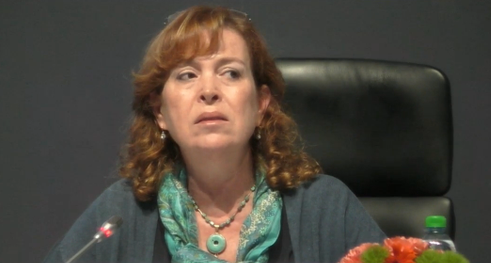 Dr Nedret Emiroglu, Director of the Division of Health Emergencies and Communicable Diseases at WHO/Europe

“I applaud the pledge made by these countries and their leaders,” said Dr Nedret Emiroglu, Director of the Division of Health Emergencies and Communicable Diseases at WHO/Europe. “Protecting European people from the return of malaria requires strong political support from governments, substantial financial investments and a collective will to work together in partnership.”

The meeting also serves as the occasion for the launch of a new book, “Malaria in Europe: On the way to elimination in the WHO European Region 2000-2015”, which tells the story of how Europe became the first WHO region to be declared malaria-free after reporting zero malaria cases for the first time in 2015.

ALSO READ:  COVID-19 is not airborne, says WHO

According to the WHO, the achievement was made possible through a combination of strong political commitment, heightened detection and surveillance of malaria cases, integrated strategies for mosquito control with community involvement, cross-border collaboration and effective communication to people at risk.

Building on this milestone, the 10 Central Asia and Caucasus countries that had been the last stronghold for malaria in the Region − Armenia, Azerbaijan, Georgia, Kazakhstan, Kyrgyzstan, the Russian Federation, Tajikistan, Turkey, Turkmenistan and Uzbekistan − confirmed their commitment to preventing malaria reintroduction by signing the Ashgabat Statement. The Statement moves them forward from the 2005 Tashkent Declaration: “The move from malaria control to elimination” in the WHO European Region, which was signed by the same group of countries.

The Tashkent Declaration represented a turning point in efforts to achieve a malaria-free Europe, as it paved the way for the Regional strategy: From malaria control to elimination in the WHO European Region 2006-2015, which provided guidance that helped affected European countries to reduce the number of indigenous malaria cases from 90,712 in 1995 to zero in 2015.

The Ashgabat Statement outlines the commitment to control malaria importation, prevent the re-establishment of local transmission, and rapidly contain any resurgence of the disease. As long as malaria continues to circulate globally, people travelling to and from malaria-endemic countries can import the disease to Europe.

Representatives from the 10 countries are meeting in Moscow from September 4 to 5, 2017. Over the course of two days of discussion, delegates will chart a course for how they can work together to keep the Region malaria-free.

By eliminating malaria, the Region has made a substantial contribution to furthering the vision outlined by the Global Technical Strategy for Malaria 2016-2030 – namely, a world free of malaria.

“The Russian Federation has been an important partner to WHO in progressing toward this vision,” said Dr Pedro Alonso, Director of WHO’s Global Malaria Programme. “It has provided its technical expertise, its leadership and its financial support to strengthen the skills of those fighting malaria in endemic countries of Central Asia and Africa.”

As a result of the Russian Federation’s technical and financial contributions, close to 800 national malaria control managers and senior health professionals from 79 countries were trained in state-of-the-art malaria control and elimination.