The European Commission (EU) and Food and Agriculture Organisation (FAO) have contributed $70 million to scale up efforts to boost resilience to food crises and strengthen global partnership against hunger. 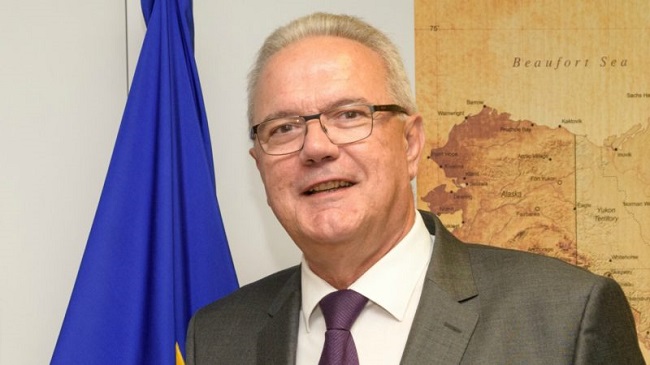 This is disclosed in a report released in New York on Wednesday, September 26, 2918 at the ongoing UN General Assembly.

The report, which was e-mailed to News Agency of Nigeria (NAN) in Abuja, said that the organisations had strengthened their partnership to boost the resilience of millions of people struggling with severe, prolonged or recurrent food crises around the world.

The report said that the partnership agreement signed by Neven Mimica, EU Commissioner for International Cooperation and Development and José Graziano da Silva, the Director-General of FAO, was a major contribution to the Global Network against Food Crises designed to promote sustainable solutions to food crises.

Mimica was quoted as saying in the report that the $70 million contribution had become imperative because it would further bolster the partnership and speed up the Network’s efforts to tackle hunger globally.

“In 2017, the Global Network against Food Crises allowed us to take concrete and concerted steps to mitigate food crises and avert famine in northern Nigeria, South Sudan, Somalia and Yemen. And we need to scale this up.

“This will, however, involve strengthening links between humanitarian, development and peace actors, as recommended by the UN Security Council Resolution 2417,’’ he said.

UN Security Council Resolution 2417 condemns the starvation of civilians as a method of warfare and it signals a shared ambition to prevent and eradicate conflict-induced hunger across the world.

Also speaking, Graziano da Silva said that the EU contribution would ultimately make hunger-stricken rural communities stronger in the face of emerging food crises, saying: “Investing in resilience is key to fighting hunger today and in the future.”

He said that in view of the magnitude and persistence of food crises, there was a need to invest more in resilience interventions and create stronger alliances with all parties – humanitarian, development and peace actors — working together to stem hunger.

However, the report said that the extra funding would enable the EU, FAO and their partners to roll out resilience interventions wherever they were needed.

“It will also allow us to produce food security and resilience analyses to better target actions against hunger; and to strengthen coordination, policy, prevention and response mechanisms at country and global level to better tackle deepening food crises,’’ the report said.

It, however, said that the agreement would complement interventions in 12 countries that were mostly affected by food crises to address the root causes of hunger there.

Besides, the report said that the EU contribution came at a time when conflicts and extreme climatic events were on the rise, leaving millions of people hungry and forcing not less than 68 million people to leave their land and homes.

“Over 120 million people in 51 countries were affected by acute food insecurity in 2017; this is 11 million more people than the figure the year before.

“Acute food insecurity means hunger so severe that it poses an immediate threat to lives or livelihoods,’’ it said.

The EU, FAO and UN World Food Programme (WFP) launched the Global Network against Food Crises at the World Humanitarian Summit in 2016.

The Network, which has since been expanding, is aimed at becoming the engine behind the promotion of closer coordination between humanitarian, development agencies and peace actors.