After Gabon, Morocco and Ethiopia have respectively become the second and third African nations to submit their Intended Nationally Determined Contributions to the United Nations Framework Convention on Climate Change (UNFCCC). 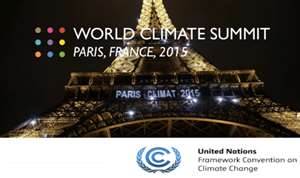 After the initial submission of INDCs in March 2015, an assessment phase follows to review and if needed adjust submitted INDCs before the 2015 UN Climate Change Conference in December in Paris, France. Photo credit: www.huffingtonpost.com

This brings to 12 the total number of countries/regions that have submitted their INDCs as at Thursday, June 11 2015.

The Conference of Parties (COP) to the UNFCCC, by its decision 1/CP.20, requested the secretariat to publish on the UNFCCC website the INDCs as communicated. They can be accessed here: http://www4.unfccc.int/submissions/indc/Submission%20Pages/submissions.aspx

Leading to the 2015 UN climate change conference in Paris, France, countries have been asked to publicly declare what actions they intend to take under a global agreement. The country commitments, or INDCs, are expected to indicate through their form and strength what shape any 2015 agreement might take.

Several INDCs were submitted during March, with a second wave between that time and September as INDCs submitted after October 1, 2015 will not be included in the UNFCCC synthesis report to the 2015 COP.