October 12, 2016 Comments Off on Ethiopia commits to strengthening AMCOW 865 Views

The government of the Federal Democratic Republic of Ethiopia has assured the African Ministers’ Council on Water (AMCOW) of its continued support towards strengthening the organisation in its quest to superintend the effective and efficient management of the continent’s water resources. 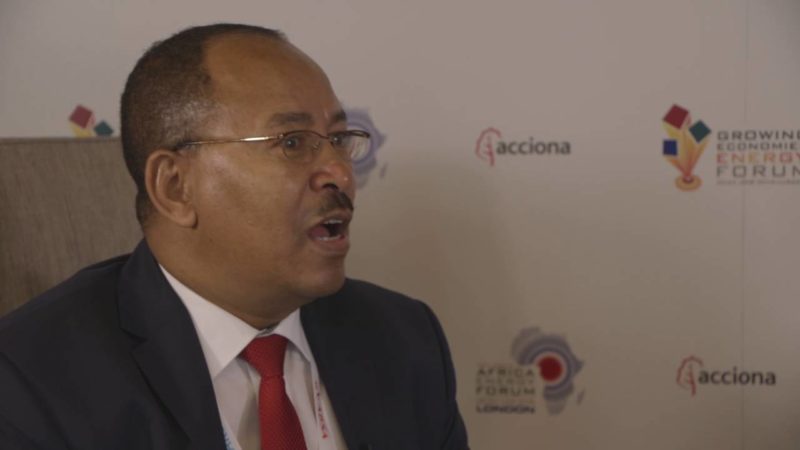 Mekassa stated: “AMCOW’s unique role and relevance in the equitable and sustainable use and management of water resources for poverty alleviation and socio-economic development, regional cooperation and the environment in Africa cannot be overemphasised hence the need for all member-states to jointly support the organisation through the facilitation of easy access to data and timely remittance of all country obligations.”

The Ethiopian Water Minister further commended the diligence of the AMCOW Secretariat, its Donors and Partners for their respective contributions towards the operationalisation of the African Water and Sanitation Agenda as enshrined in the 2008 Sharm El-Sheikh Commitment on Water and Sanitation; and the 2015 N’gor Declaration on Sanitation and Hygiene which, according to him, “is boosting the capacity of our Regional Economic Communities and Member States to improve Water and Sanitation Sector particularly the Monitoring and Reporting System in Africa.”

AMCOW Executive Secretary, Dr. Canisius Kanangire, thanked his host for the show of support and warm hospitality accorded him and his team by the government and people of the Federal Democratic Republic of Ethiopia during the training workshop organised for stakeholders and African member-states on the web-based monitoring and reporting framework for the water and sanitation sector which held in Addis Ababa recently.

Dr. Kanangire further enjoined the Ethiopian government to deploy its weight as a founding member of AMCOW in engendering the support and cooperation of other member-states in the aggregated efforts at translating the vision of the Africa we want and the Africa Water vision 2025 into tangible reality.