The Lekki Conservation Centre, head offices of the Nigerian Conservation Foundation (NCF), appears to be among numerous structures and choice real estate under threat in the Lekki-Victoria Island axis as the raging Atlantic Ocean mercilessly eats away the hapless Lagos coastline. 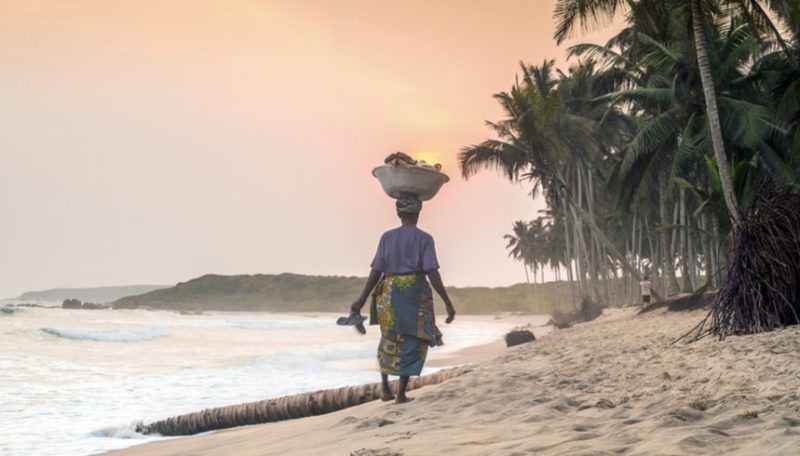 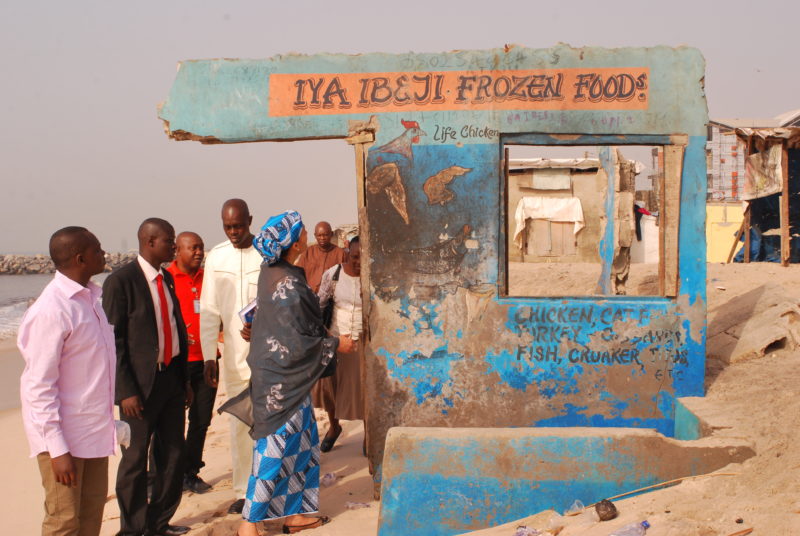 Images of coastal erosion in Lagos: Coconut trees fall and die as choice recreational beaches get eroded. Former Environment Minister, Amina Mohammed, beside the remains of a structure and community  destroyed by coastal erosion at Alpha Beach, Lekki

Alarmed, officials of the NCF on Friday, July 13, 2018 appealed to the Federal Government to save the Lagos shoreline from being wiped out by coastline erosion.

NCF made the call at a media conference in Lagos on the dangers of a fast-eastward ocean current eating up several metres of land daily on the Lekki-Victoria Island axis.

ALSO READ:  Why CHOGM must deliver on climate change, oceans

NCF’s chairman, Chief Ede Dafinone, said several coastal communities had been washed away and that if nothing was done, the axis would be underwater by 2030 and the whole of Lagos by 2050.

According to him, the problem of coastline erosion started during the colonial era when groins were created to protect the wharf at nearby Apapa.

He said the Lagos State Government began the construction of groins around the Eko Atlantic City and Bar Beach towards Elegushi Beach to solve the problem.

He explained that the state government had taken the initiative to erect over 15 groins that effectively protected and replenished the coast for up to 14 kilometres.

“It costs about N1 billion to construct one groin and Lagos States Government’s inability to continue the project in the last 18 months suggested that they were overwhelmed by the problem,” he said.

While making a video presentation, Dr Joseph Onoja, NCF Director, Technical Programmes, said that, by mid-2011, the Eko Atlantic Project protected the Beach but that the problem moved eastward between 2015 and 2016.

He, therefore, stressed the need for the Federal Government to urgently move in to protect the shorelines to ward off the fast ocean currents worsened by climate change and other human activities.

“It took only 24 hours for a whole community to be wiped off in Kuramo Beach. Other countries are protecting their shorelines and we in Nigeria must do same,” he warned.

Director General of NCF, Dr Muhtari Aminu-Kano, appealed to the Lagos State Government and the Federal Government to protect the shorelines as far as the Escravos to avert disaster.

“The immediate solution is for Lagos to take the groins construction all the way to Escravos.

“We are appealing to the managers of the ecological funds to look in the area of these shorelines in Lagos,” he said.