November 23, 2020 Comments Off on ERA/FOEN, four others advocate sustainable energy in Africa 279 Views

The need to reduce climate obstacles and other environmental issues within the mother earth of Africa has been recently opted for by five strategic environmental groups in Africa.

The groups called on African governments to stop the acceptance of fossil fuel projects driven by European countries via their Export Credit Agencies (ECAs).

“The locals have continued to blame especially Shell Oil Company, and the Nigerian government for their impoverishment and human rights violations.

“To ensure improved clean energy access, there is the need for a post-petroleum economy devoid of oil and gas and embracing renewable energy sources to reduce carbon footprints and address climate change impact,” Dr. Ojo said.

The groups analysed the prospects of a Just Energy Transition for Africa. They also analysed the question as to what best solution is for limiting global warming to 1.50C on the one hand and facilitating universal energy access on the other hand.

Furthermore, they analysed the question of what role public financial institutions like ECAs could play in terms of promoting a green energy future in Nigeria and other developing countries.

Nosa Tokunbor of ERA/FoEN said: “The only way out is the phasing out of finances for fossil fuel while channeling same to support renewable energy projects.”

On her part, Isabelle Geuskens of Milieudefensie/ Friends of the Earth Netherlands, laments: “That in a world that is increasingly switching to renewable energy, the demand for fossil fuel is unsustainable and bound to decrease drastically.”

The report also revealed that, “in spite of the Paris Agreement that seeks to cut back on carbon emissions, the rich countries insured dirty energy projects with a total value of $11 billion through their export credit agencies (ECAs)”.

ECAs insured energy projects in Ghana, Nigeria, Togo and Uganda with a total insured value of approximately $18 billion in the period between January 2013 and August 2020.

The available data shows that only 1% of the total support to the energy sector consisted of support for renewable energy, in the form of solar projects. No ECA support for wind projects in the four African countries has been found.

“More than half of this export support is related to fossil fuels. Only 1% went to sustainable renewable energy,” it added. 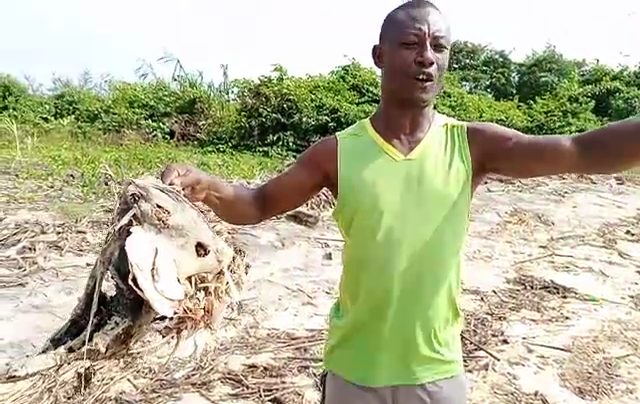 Three months after an oil spill that occurred from a facility operated by the Consolidated ...