May 15, 2020 Comments Off on Environmental lawyers demand action on fish death in Niger Delta 602 Views

Environmental lawyers in the Niger Delta have expressed concerns over the looming public health danger occasioned by the contamination and massive death of fish along the Atlantic Ocean coastline of the region.

The lawyers, under the aegis of the Association of Environmental Lawyers of Nigeria (AELN), urged the Federal Government to take urgent steps to check the increased toxicity of the nation’s territorial waters.

The group made the call in a joint statement by Prof. Sam Dike, the President AELN, and Mr Iniuro Wills, the President, Ijaw Professionals Association, Homeland Chapter on Thursday, May 14 in Yenagoa, the Bayelsa State capital.

Mr Kennedy Woryi, the AELN Secretary, who also signed the statement, called on the Federal Government to urgently initiate a full scale independent investigation into the matter with a view to saving lives.

The association noted that, in the last eight weeks, varying from location to location, communities along the Atlantic coast in the Niger Delta had been inundated with masses of dead contaminated fishes washing up on their shores.

”This strange phenomenon portends grave danger to the affected states and communities as it will further compound the public health and economic complications that they are still struggling to grapple with as a result of the COVID-19 pandemic.

”Due to limited awareness of the health consequences, rural poverty and slow action by governments at all levels, some community dwellers have been selling and consuming the dead contaminated fishes, some of which may find their way into the markets and meal tables, in neighbouring communities and cities.

”This marine disaster and the global coronavirus crisis together pose a threat of double jeopardy for Nigeria’s coastal communities and our territorial marine ecology.

”There is need for quick action by the state and federal governments to combat the strange and continuing incidence of masses of dead and contaminated fishes, washing up ashores and beaches along the Atlantic coast.

“Worst hit are Bonny, Foropa, Sobiekiri, Okololaunch areas to Light House all the way to Ifoko in Andoni area.  Numerous other coastal communities of the Akassa Kingdom, Twon-Brass and other such communities in Rivers, Bayelsa, Delta and Akwa Ibom are affected.

“There are reports that coastal communities in Ondo, Lagos and Cross River States may also be affected,” it said.

It added that some dwellers in the affected communities have been harvesting and selling these fishes to the general public.

The group described the development as unfortunate, saying that the communities and the general public were yet to be sensitised about the dangers of consuming hazardous dead fish.

According to AELN, the stench of dead fishes has also polluted the air around the affected communities adding that it is therefore imperative to ensure the restoration of the ambient air and polluted marine ecosystem.

”The impact of the disaster extends to most of the coastal states of Nigeria and will therefore require an inclusive and cross-cutting plan of action for verification of causation, impact scoping and adequate remediation.

”It is against this backdrop that we are calling on the Federal Government to promptly institute a full scale independent investigation of this marine pollution disaster by a multi stakeholder panel of experts, reflecting the appropriate environmental and marine related agencies.

“It should include experts representing affected communities, relevant state government agencies, the private sector of the petroleum and marine/maritime industries and credible environmental NGOs.

“This is without prejudice to the ongoing investigations by various state governments.

”At the conclusion of investigations, all persons or organisations directly culpable (if any), for this disaster on our coastal populations, no matter how highly connected, should be brought to book.

“The culprit should be compelled to restore the environment, pay adequate compensation to all affected communities and face stiff sanctions.

”We particularly call on the federal and state governments to take accelerated action on all fronts against this disaster and the looming danger that official inaction may pose,” the association said.

Meanwhile, the National Oil Spills Detection and Response Agency (NOSDRA) on Thursday said that its investigations on the massive death of the fishes had traced the incident to the discharge of toxic industrial and domestic wastes entering the water bodies.

Mr Idris Musa, the Director-General of the NOSDRA, said that the agency discovered that the dead fishes and water sediments were polluted by heavy metals in high concentrations beyond regulatory limits. 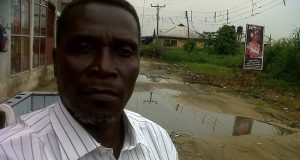 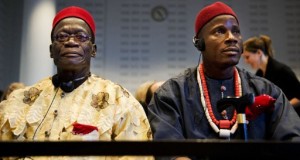 The Federal Ministry of Environment has said that, despite some challenges encountered along the line, ...