With the Paris Climate Agreement having just come into force, leaders from a wide range of sectors are coming together on Energy Day at the UN Climate Change Conference in Marrakech (COP22) to demonstrate action on global efforts to decarbonise energy systems. 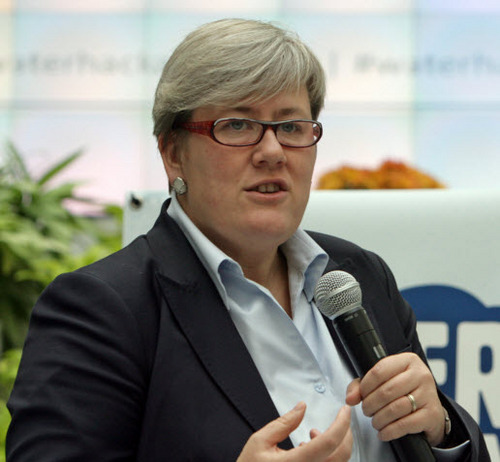 Rachel Kyte, CEO and Special Representative of the UN Secretary-General for Sustainable Energy for All (SE4ALL). The COP22 Energy Day is being jointly organised by IRENA, SE4ALL, MASEN and AMEE

The Paris Agreement set urgent climate action firmly in the context of sustainable development, with conversations on Friday focusing on how the world achieves the Sustainable Development Goal Number 7 (to ensure access to affordable, reliable, sustainable and modern energy for all), and secure universal access to affordable, reliable, sustainable and modern energy that can connect the current 1.1 billion people in the world who have little or no access to electricity, and the 2.9 billion people that still rely on smoky, dangerous solid fuels for cooking and heating.

Discussions and commitments made throughout the day include:

“Closing the energy gap offers us one of the greatest economic opportunities of our lifetime,” said Rachel Kyte, CEO and Special Representative of the UN Secretary-General for Sustainable Energy for All (SE4ALL). “In 2016, the world needs an energy system that allows universal access, supports new jobs and meets our aspirations of a just, fair future for all. To achieve this, promises made must be promises kept.”

“The climate objectives agreed in Paris require nothing less than the radical decarbonisation of the global economy,” said Adnan Z. Amin, IRENA Director-General. “Transitioning rapidly to a future fuelled by renewable energy, combined with improving energy efficiency, is the single most effective way to stave off catastrophic climate change while providing citizens with a better quality of life. But the pace and scale of change needs to dramatically increase if we are to fulfil the promise of the Paris Agreement. Governments need to create the necessary policy and finance frameworks to catalyse a groundswell of initiatives, as the private sector develops its own decarbonisation strategies. This is well within our reach.”

New announcements made on Energy Day include:

Alejandro Agag, CEO, Formula E, stated: “Electric vehicles reach their full potential when coupled with renewable energy charging – which is why all the fully-electric Formula E cars are powered by a revolutionary zero-emission glycerine. The future is electric!”