Energy activism to go global in 2018

On the sidelines of the UN Climate Summit (COP23) in Bonn, Germany, an unprecedented global alliance of civil society groups warned on Tuesday, November 14, 2017 that 2018 would see an escalation of activism against polluting dirty energies. 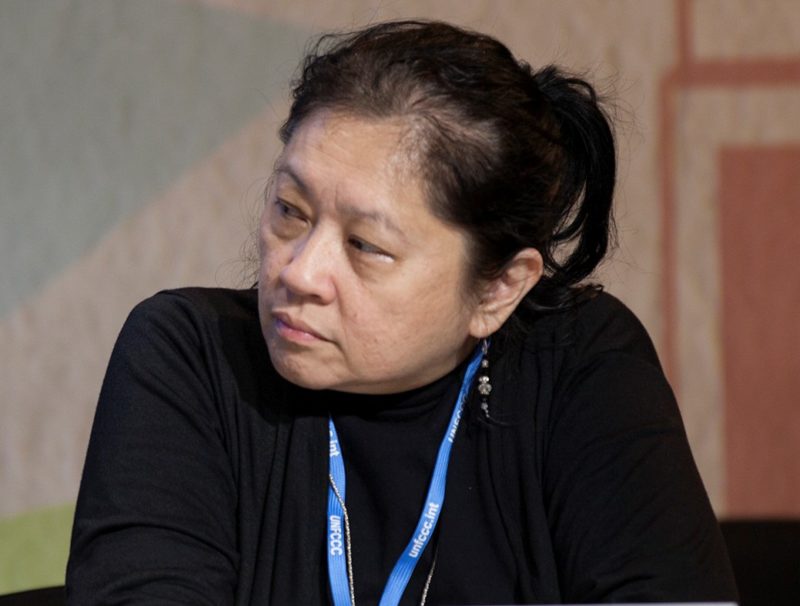 Lidy Nacpil of the Asian People’s Movement on Debt & Development

The alliance, known as Reclaim Power, sports representatives from over 75 countries across every continent and has already coordinated on over 2000 protests and events calling for the transformation of energy systems as a key step in addressing climate change.

The groups now say they will be stepping up their efforts significantly in 2018.

“The time to flick the switch on the energy transformation is now. People in the Americas know it, in Africa they know it, we know it in Asia. With that knowledge we are going to step up our efforts and issue clear and specific demands to our governments,” said Lidy Nacpil of the Asian People’s Movement on Debt & Development.

The alliance is united around a set of demands focused on changing the energy system from its existing climate-polluting structure to one that addresses the energy needs of billions of people who do not currently have enough energy for basic needs without burning the planet.

“The extreme weather we’ve seen this year is planet earth flashing us a red warning sign. We are going to add human voices to sound the alarm,” said Joseph Zane Sikulu of the Pacific Warriors.

“We are issuing demands that will unify people everywhere who want to see action on climate change and an energy system that serves the many, not the few. These are the basic non-negotiables we need to see happen in order to urgently change our failing and unjust energy systems” said Nnimmo Bassey of Health of Mother Earth Foundation.

ALSO READ:  What is the future for electric vehicles in Nigeria?

“We have to make sure that the goal of 100% renewable energy is backed up with real plans and with real money and real technology so that this goal becomes a reality for every single person on this planet,” said Sarah Strack of CAN-International.

“We will stop dirty energy projects by abandoning dangerous projects, banning harmful energy types like fracking, and closing the tap of public handouts to the causes of climate change like coal plants and oil pipelines,” said Dipti Bhatnagar of Friends of the Earth International.

“We will not be fooled by corporations that are lobbying to replace the fuels that cause climate change with other just as dangerous impacts like nuclear, mega-hydro dams, and biofuels,” said Asad Rehman of War on Want.

“Corporations who profit from polluting our planet, and the governments that enable them, will face pressure on all sides in 2018. They’re raising the heat of the planet and we’re going to raise the heat on them,” said Jesse Bragg of Corporate Accountability.