As the Mexican tourist city of Cancun gets set to host delegates to the 13th Meeting of the Conference of the Parties to the Convention on Biological Diversity (CBD/COP 13) next month, the Arab Republic of Egypt is hoping to host the 14th edition of the global biodiversity talks. 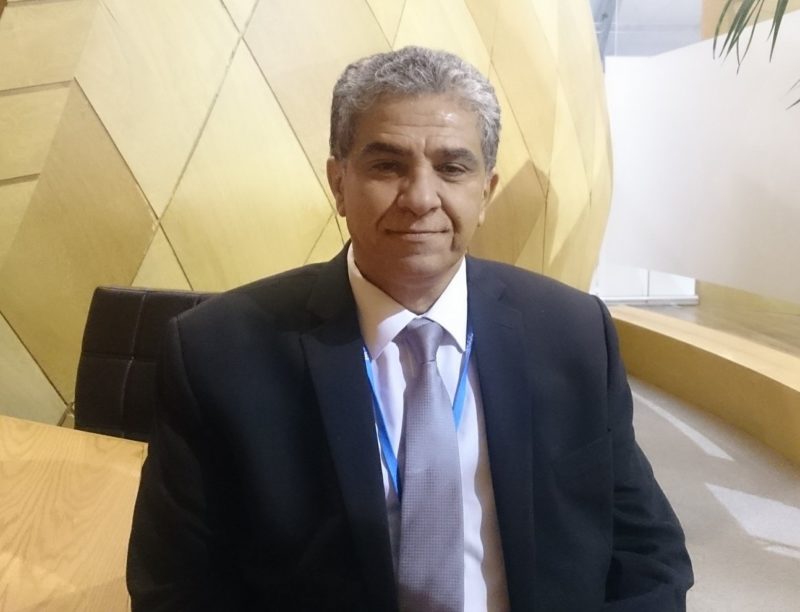 Dr. Khaled Fahmy, the Egyptian Minister of Environment and President of the African Ministerial Conference on the Environment (AMCEN)

At the recently concluded 22nd Session of the Conference of the Parties to the United Nations Framework Convention on Climate Change (UNFCCC/COP22) in Marrakech, Morocco, Egyptian officials told everyone that cared to listen that the country was the best destination for the biennial conference.

Indeed, Egypt is hoping to be the next African nation to host the CBD/COP, second to Kenya that hosted the event in May 2000.

To date, the COP to the CBD has held 12 ordinary meetings outside Montreal and one extraordinary meeting in Montreal, the seat of the COP’s secretariat.

ALSO READ:  Biden takes US back into WHO, Paris Climate Agreement

According to him, besides the Arab League, Egypt’s request to host the CBD/COP14 was endorsed by the Sixth Special Session of AMCEN last April. He pointed out that, if actualised, this will be the first CBD/COP held in the Arab region.

He expressed hope that the country’s offer to host the COP14 in Sharm El-Sheikh will be supported by Parties to the CBD when the venue is decided at the COP13 in Mexico next month.

He insisted that meetings of the COP should be held on the basis of regional rotation, adding that Egypt has the necessary capacities to fulfil the logistical, technical and financial requirements for hosting the COP.

His words: “An initial budget of approximately $7.5 million has been approved by the Government for preparation for hosting COP14. If Egypt is selected to host Cop14, the Government is committed to allocate the additional funds required on the basis of the Host Government Agreement.

“Egypt is uniquely positioned midway between Africa and Asia, with long coasts of the Mediterranean Sea in the north and the Red sea in the east. The country is the home of a wide variety of ecosystems and terrestrial and aquatic lifeforms that contributes to its economy, supports human wellbeing and provides regulating and supporting services.

“Egypt contributed significantly to the negotiations that led to the adoption of the biodiversity convention and its two protocols on biodiversity and ABS. The country was also among the few countries selected to carry out country-level needs assessments to support the development of National Biodiversity Frameworks in the participating countries, and undertake a global programme on awareness building on issues arising from the UNEP International Technical Guidelines for Safety in Biotechnology adopted in Egypt.”

Biological diversity (or biodiversity) forms the foundation of life on earth, but scientists are worried by the fact that it is disappearing from the face of human activity. The losses are said to be due to a range of pressures driven by socio-economic drivers, including climate change.

In response to these concerns, governments negotiated the CBD to promote suatainable development thereby reducing biodiversity loss. The CBD is one of the three Rio Conventions (together with climate change and desertification conventions). It entered into force on December 29, 1993 and it has 196 Parties which constitute the Conference of the Parties (CBD/COP).