Egypt said it had agreed with Ethiopia and Sudan to restart stalled talks in order to reach a deal on the rules of filling and operating Addis Ababa’s disputed dam on the Blue Nile.

Egyptian President Abdel-Fattah al-Sissi said in a statement the three countries agreed to form a governmental committee that includes legal and technical experts from Egypt, Sudan, and Ethiopia.

He added that the committee hopes to “finalise a legal agreement that is binding to all parties with regard to the rules of filling and operating the Renaissance Dam, while abstaining from taking any unilateral measure, including filling the dam, before an agreement is reached’’.

The $4.6 billion dams, which Ethiopia has been building since 2010 on the Blue Nile, has long caused animosity with Egypt.

Last week, a decade of arduous talks involving the two downstream countries, Egypt and Sudan, and upstream Ethiopia have reached a deadlock, with Egypt turning to the UN Security Council.

Egypt seeks a legally binding deal that would guarantee the appropriate flows of water and a legal mechanism for resolving disputes before the dam starts operating.

Ethiopia, however, has threatened to start filling the 74-billion-cubic-metre reservoir when the rainy season begins in July, a step Egypt considers both unacceptable and illegal.

Ethiopia wants the hydroelectric dam in order to expand its power exports, whereas Egypt relies almost exclusively on the Nile for farming, industry and domestic water use. 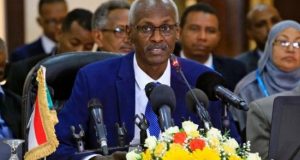