Egypt has become the first country in the Eastern Mediterranean Region of the World Health Organisation (WHO) and the latest in the world to eliminate lymphatic filariasis (LF) as a public health problem. 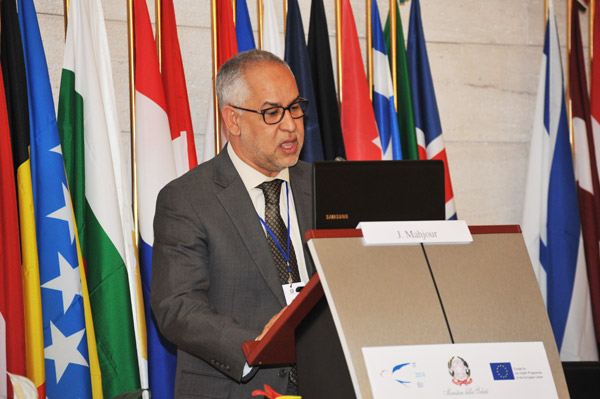 Egypt’s success, according to the WHO, comes after almost two decades of implementing sustained control and prevention measures (including mass treatment of populations) and surveillance in affected/at-risk localities.

The country joins 10 others already validated by WHO as achieving this criteria. After implementing WHO-recommended large-scale treatment campaigns, Egypt continued surveillance for at least four years until elimination was validated.

““This is a landmark achievement that brings prospects of hope and improved health to future generations of Egyptians” said Dr Jaouad Mahjour, Regional Director, WHO Eastern Mediterranean Region. “Egypt will continue to improve disease management among people who are already infected as well as ensure that appropriate surveillance is maintained to ensure zero transmission.”

In 2000, Egypt was one of the first countries in the world to implement a national elimination programme based on mass-drug administration (MDA). It followed a World Health Assembly resolution (WHA 50.97) on LF in 1997 that called for its global elimination by 2020.

“The strategy depended on high-level commitment, engaging local communities,and the availability of free medicines donated through WHO. Such combined action provided the greatest of opportunities for the sustainability of the programme” said Dr John Jabbour, WHO Representative in Egypt.

This required planning, logistics, coordination and collaboration with other ministries as well as building the capacity of healthcare workers and community workers.

At the onset, Egypt had to contend with several challenges and these included financing a national programme; prioritisation of a disabling, disfiguring disease in a resource-limited setting; determining its cost of implementation while leveraging the cost of disability management programmes such as hydrocele surgery.

After WHA 50.97, WHO invited countries to accelerate efforts to eliminate LF as a public-health problem and launched its National LF Elimination Programme (NLFEP) which set itself to:

Remarkable efforts led to the implementation of several rounds of MDA until 2013 when surveys validated that infection has been reduced below transmission thresholds.

Final assessments conducted between 2014 and 2017 focused on both transmission and management of morbidity in affected patients and confirmed that Egypt has met all criteria for achieving elimination as a public health problem.

“Our ultimate aim was to eliminate this disease by adopting pro-poor, cost-effective public-health interventions,” said Dr Ayat Haggag, Undersecretary for Endemic Diseases, Ministry of Health and Population, Egypt. “Our government is determined to defeat other NTDs such as schistosomiasis, trachoma, soil-transmitted helminthiasis, leprosy, leishmaniasis and dengue”.

Egypt’s struggle to overcome lymphatic filariasis (also known as elephantiasis) is perhaps one of the oldest in the history of public health, with field activities going back to the early 20th century. Its clinical manifestations are shown in pharaonic statues and works of art, and are described in early Arabic literature, although its causal agent, the parasite Wuchereria bancrofti, was first documented there in 1874.

The disease burden was fully appreciated in the 20th century through large-scale surveys, which revealed its endemicity in rural areas, especially in the eastern Nile Delta region, where clinical manifestations such as lymphoedema and hydrocele (swollen limbs and genitals) were commonly observed.

Disease control activities in Egypt started in the early 1960s, initially relying on the control of the mosquito vector Culex pipiens and on selective treatment with diethylcarbamazine (also known by its acronym, DEC).

In November 2017, WHO recommended IDA1 (combination of ivermectin, DEC and albendazole) – an alternative three drug regimen to accelerate the global elimination of lymphatic filariasis.

The recommendation followed large randomised community studies conducted in four countries (Haiti, India, Indonesia and Papua New Guinea) which found that IDA is as safe as the two-drug regimens when used during MDA.

The larval stages of the parasite (microfilaria) circulate in the blood and are transmitted from person to person by mosquitoes.

Manifestation of the disease after infection takes time and can result in an altered lymphatic system, causing abnormal enlargement of body parts, and leading to severe disability and social stigmatisation of those affected.

Almost 856 million people in 52 countries worldwide remain threatened by LF and require preventive treatment to stop its spread. Regular MDA reduces the density of microfilariae in the bloodstream and prevents the spread of parasites to mosquitoes.

MDA can interrupt the transmission cycle when conducted annually for 4–6 years with effective coverage of the total population at risk.

Salt fortified with DEC has also been used in a few settings to interrupt the transmission cycle.

Parasites that cause LF are transmitted by four main types of mosquitoes: Culex, Mansonia, Anopheles and Aedes.