Nigeria is the largest producer of cassava in the world with a production of about 54 million tons, but its yield per hectare of cassava roots is about eight tons, less than half of the realisable yields of more than 20 tons per hectare 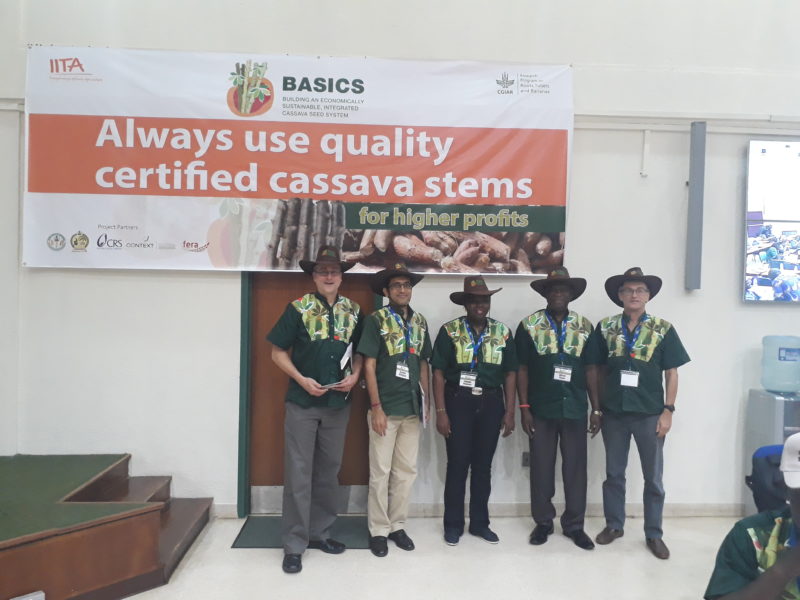 Seed sector professionals have said that businesses selling improved varieties and high quality cassava stems for cultivation could help African farmers significantly raise their productivity. This will mean more Naira from the same land, inputs and effort. The benefits of this raised productivity will be enjoyed by all the stakeholders across the value chain in a sustainable way.

This was part of the resolutions from a national stakeholder conference on cassava seed system organised by the project, “Building an Economically Sustainable Integrated Cassava Seed System” (BASICS) that was held at the Institute of Tropical Agriculture (IITA), Ibadan, Oyo State, on Thursday, March 30, 2017.

The meeting, which reflected on the experiences of BASICS in 2016 and refined the project plan for 2017 and beyond, brought together national and international researchers, academics, policymakers, the private sector, non-governmental organisations and farmers to a roundtable.

Making the case for urgent need for all the stakeholders to work towards a sustainable seed system in Nigeria, Hemant Nitturkar, Project Director for BASICS, reminded the participants that Nigeria is the largest producer of cassava in the world with a production of about 54 million tons, but its yield per hectare of cassava roots is about eight tons, less than half of the realisable yields of more than 20 tons per hectare. Researchers say one of the factors responsible for the low yield of cassava is the low adoption of clean and healthy seeds of improved varieties of cassava by farmers.

“We have to start with the right planting material and nurture it with good agronomy and weed management practices. Each of these three components has the potential to raise the productivity of cassava by 30 percent. If we do not improve our practices in seed, weed and agronomy, we are incurring a lost opportunity of about N200 billion annually from each of the three issues,” he explained.

These VSEs will source certified stems of improved varieties of cassava from NRCRI and IITA to multiply and sell to the farmers in their vicinity. This way, the farmers will not have to go far to source quality stems for planting. In the second pilot called Processor Led Model (PLM), in partnership with Context Global Development, the project is working with large processors of cassava who will then make available quality stems to their outgrowers with a buy back arrangement for the roots produced.

Slow and low multiplication ratio has been a key constraint in cassava seed system. The project is piloting a new technology called Semi-Autotrophic Hydroponics (SAH) for vastly rapid seed multiplication. Once this technology from Argentina is adapted and perfected in Nigeria by the Project, it is expected to have a significant impact on the ability of early generation seed businesses to quickly bring suitable varieties within reach of farmers. The project is also working with National Agricultural Seed Council (NASC) and Fera of UK to improve the quality certification system in Nigeria.

Lawrence Kent, a senior programme officer at the Bill & Melinda Gates Foundation, said the aim of the Project is to build an economically sustainable seed system that is profitable both to the sellers of quality stems and to the farmers who purchase and plant those stems. He encouraged all to create reusable bridges to continuously link technology developers with farmers through business oriented approaches, like the one being implemented under BASICS.