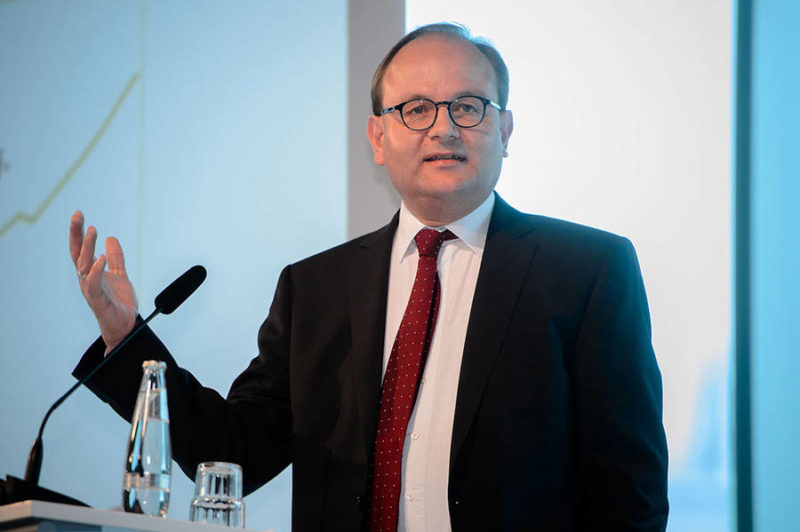 While being successful in bringing down costs of greenhouse gas reductions for instance, the concept of profit maximisation alone does not suffice to avoid the tipping of critical elements in the Earth system which could lead to dramatic changes of our lifelihood.

The scientists use mathematical experiments to compare economic optimisation to the governance concepts of sustainability and the more recent approach of a safe operating space for humanity. All of these turn out to have their benefits and deficits, yet the profit-maximising approach shows the greatest likelihood of producing outcomes that harm people or the environment.

“We find that the concept of optimisation of economic welfare might in some cases be neither sustainable nor safe for governing modern environmental change,” says Wolfram Barfuss from the Potsdam Institute for Climate Impact Research (PIK, member of Leibniz Association) and Humboldt University Berlin, lead-author of the study published in Nature Communications.

He adds: “Economic optimisation can be quite effective in reducing current greenhouse-gas emissions; it certainly has its strengths. Yet under human-made global warming, we face a world full of complex non-linearities, namely the tipping elements in the Earth system. The ice sheets of Greenland and Antarctica might collapse at some point if greenhouse-gas emissions do not get reduced, or the great circulation systems in ocean and atmosphere could fundamentally change. In such a setting, optimisation can lead to dangerous side effects. Even for relatively high risks, and even if profit-maximising agents in our calculations are far-sighted, they tend to accept the possibility of detrimental environmental and societal impacts.”

This is the result of mathematical experiments that the scientists performed. While governments worldwide agreed on ambitious targets such as the 17 UN Sustainability Goals and the Paris Agreement which aims at limiting global warming to well below 2 degrees Celsius, there is no consensus on how to reach those targets. The scientists identified and then analysed three big concepts: economic optimisation (act to maximise your expected profit, with discounted future), sustainability (act to always stay above a minimum standard of expected profit, with discounted future), and the safe operating space approach, relying on the Planetary Boundaries concept (act to always stay within the safe space for humanity to ensure the functioning of the Earth’s life-supporting systems).

“Take the Atlantic Overturning Circulation, better known as the Gulf Stream System, one of the great potential tipping elements in the Earth system,” says co-author Jonathan Donges, from PIK and Stockholm Resilience Centre. “We know, both from our understanding of the physics and from observations, that it can be put at risk by global warming. But we cannot yet calculate the timing of a tipping as well as the potential damages arising from it.”

Hence it is clear that economic optimisation of climate policy would normally not be able to count it in as future costs.

“From the safe operating space perspective, we’d have to cut greenhouses gas emissions immediately to make sure the Gulf Stream does not get seriously disturbed,” says Donges. “But you cannot say that ‘safe’ is always ‘best’’; because, from a sustainability point of view, poverty reduction is one main goal. If we ended fossil fuel use too abruptly, the costs of a transition to clean energy would be substantial and might, at least for a certain time, rise energy and food prices and consequently impede the poverty reduction goal.”

“Neither economic thinking nor good will alone will suffice”

It hence depends on the circumstances whether a sustainable or safe approach is most suitable. The only thing clear is that in a no-policy scenario of unmitigated greenhouse-gas emissions, a Gulf Stream System collapse would also have negative impacts on poverty reduction.

“It turns out that there is no master concept for countering environmental challenges,” says co-author, Jürgen Kurths, head of the PIK research department ‘Transdisciplinary Concepts and Methods’ and a pioneer of the complex non-linear systems analysis applied here. “Yet our analysis is a first step to provide decision-makers with better insights on which concept for achieving the climate and sustainability targets work how and under which circumstances. Neither economic thinking nor good will alone suffice to deal with a world full of complex non-linear dynamics.”