The Federal Government has directed the Ecological Fund Office to include the Federal University, Dutse (FUD), Jigawa State, in its data bank for erosion control intervention programmes. 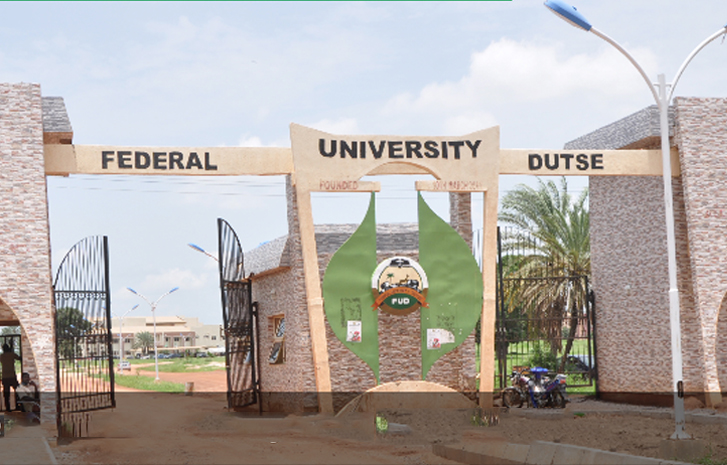 Prof. Fatima Batul-Muktar, the Vice-Chancellor of FUD, made this known at the pre-convocation press briefing of the university in Dutse on Tuesday, February 27, 2018.

Batul-Muktar also said that the Federal Ministry of Water Resources was also assisting the university in the area of flood control.

“The Secretary to the Government of the Federation (SGF) has directed the Ecological Fund Office to include FUD in its data bank on the area of erosion, which is affecting the university.

“Besides, the Federal Ministry of Water Resources is also assisting us in the area of flood control. The ministry has included FUD in its 2018 budget,’’ she said.

Batul-Muktar said that the management of the university had also reached out the Dangote Foundation for assistance with regard to construction of students’ hostels, the Faculty of Medicine complex and drainage channels for roads on the campus.

The vice-chancellor said that the management was also soliciting the assistance of the Nigerian National Petroleum Corporation (NNPC) for the infrastructural development of the institution.

Batul-Muktar also said that the Federal Ministry of Agriculture and Rural Development had also agreed to support the university in launching the proposed Sassakawa Africa Fund for Extension Education (SAFE) Programme for Mid-Career Extension Officers.

She said that the SAFE programme, which was expected to begin in the 2018/2019 academic session, would be executed under the aegis of the Centre for Agricultural Research and Extension Services (CARES).

Like Loading...
2018-02-27
admin
Previous: Lagos farmers yet to benefit from Anchor Borrowers Programme – AFAN
Next: Ecologist calls for adequate funding for waste management