Ebola has proven itself a tricky foe to get rid of in the human body. In numerous cases in which it was thought to be gone and patients fully recovered, the virus has been found in the eyes, semen, amniotic fluid, placenta, breast milk and central nervous system. 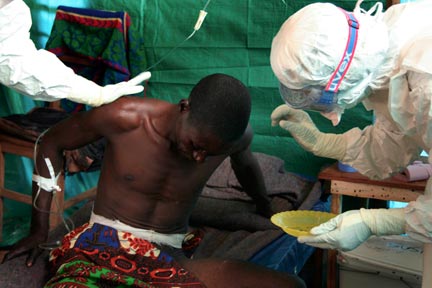 Now a paper published in the journal PLOS Pathogens describes another possible hiding place for the virus: the lungs.

The case study involves a health-care worker who was infected in Sierra Leone and moved to a hospital in Rome for treatment. Doctors were surprised that after the virus had been cleared from the patient’s blood plasma, it could still be found in the lower respiratory tract.

Study author Giuseppe Ippolito of Italy’s National Institute for Infectious Disease said that previous studies in the lab, in animals and in patients have suggested that Ebola might cause lung damage because of replicating virus in the lungs, but that there had been no direct evidence of lung infection until now.

The paper notes that researchers found viral RNA and viral replication markers in the lungs for five days after Ebola was cleared from the blood and that the patient “developed significant lung injury.”

“This suggests a major role of the respiratory tissues in the pathogenesis of Ebola virus disease,” Ippolito and his colleagues wrote.

These findings are significant because, if confirmed, they suggest that new ways of monitoring survivors may be needed as well as possible new treatments.