Monday 25th May 2020
Monday, 25th of May 2020
Home / Health / Ebola crisis could have been better managed with credible information, say researchers

Ebola crisis could have been better managed with credible information, say researchers

September 16, 2017 Comments Off on Ebola crisis could have been better managed with credible information, say researchers 455 Views

A new report which explores the experiences of African journalists during the 2014 Ebola outbreak shows that the availability of credible information for journalists could have better managed the crisis. According to the Centre for Disease Control (CDC), the death toll from the 2014 Ebola Outbreak in West Africa was 11,310. Misinformation, says the CDC, appeared a major factor for the rapid spread of the virus. 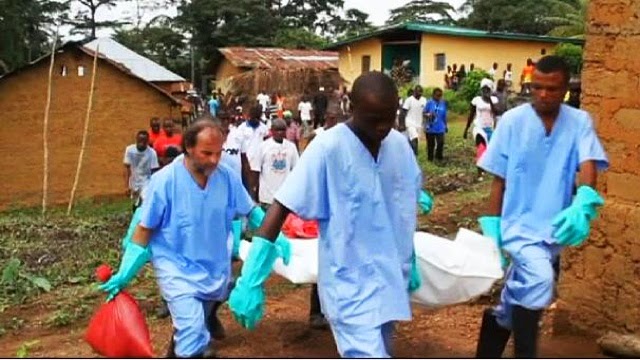 With the availability of credible information for journalists, the 2014 Ebola crisis could have been better managed

The report, led by researchers at the Department of Journalism, Concordia University in conjunction with the World Federation for Science Journalists, is titled “An Exploration of the Lived Experience of African Journalists During the 2014 Ebola Crisis.”

It found that 81% of journalists faced challenges of credible information more than accessibility of information.

“The objective of this report was to explore the lived experience of African Journalists and begin to explore the key professional, technological and social elements required for effective journalism during emergency and post outbreak periods,” the authors said.

During its workshops held between September 2015 and February 2016, the WFSJ obtained information from both English and French journalists who covered the outbreak in Guinea, Sierra Leone, Ivory Coast and Liberia.

The reports reads: “When asked if they faced any challenges while producing journalism about Ebola, 81% (95 of 117) of participants of the online survey answered that they did, providing a clear indication of issues that are important to rectify.”

A lack of collaboration with authorities and health professionals, particularly with reference to withholding, hiding, controlling and manipulating information in many ways, was the biggest challenge of these journalists.

“This was seen as fostering delays and as political interference that resulted in the growing misinformation during the crisis. Many respondents pointed out that health specialists and doctors did not collaborate with the media because they needed governmental authorizations to do so.”

However, the survey analysis revealed a perceived absence of cooperation from health professionals, whether experts, doctors or health officials, with no direct link to governmental restrictions. Among these participants, many said misinformation was another barrier.

“The multiplication of rumors based on fake information and sources, the ignorance of the disease, the overload of information, and the difficulty to accurately cross-checked information.”

The third reported challenge was technical/material issues that mainly involved problems of transportation and technology. Following this is the challenge of fear. “Several respondents argued that Ebola information was originally withheld by others due to a fear of fostering panic and spreading rumors. Some participants pointed out the economic reasons governments did not want news of Ebola outbreaks spreading.”

The fifth reported challenge was cultural barriers/illiteracy which noted illiteracy and some cultural beliefs (burials) as barriers to access credible information on Ebola, as well as the lack of news outlets that use local dialects. This was followed by issues of the lack of journalistic training and stigmatization. Some participants commented on the long-standing issue of needing additional scientific training.

Whether the Ebola Virus Disease (EVD) crisis was due to a lack of expertise on the nature, origin and transmission of the virus, health infrastructure issues, or to the populations’ distrust toward governments and journalists, along with conspiracy theories, the communication on the EVD has left room for improvement in how credible information is accessed and collaboration is maintained in a time of crisis.

The report concluded by suggesting the recurring need for increased capacity building through mentorship and training to improve available techniques of reporting health epidemics and, importantly, to anticipate health epidemics in the future.