What’s made of sugar, can carry four people and travel at 50 miles (80 km) per hour? A biodegradable car, whose inventors say could be the next step in environmentally friendly motoring. 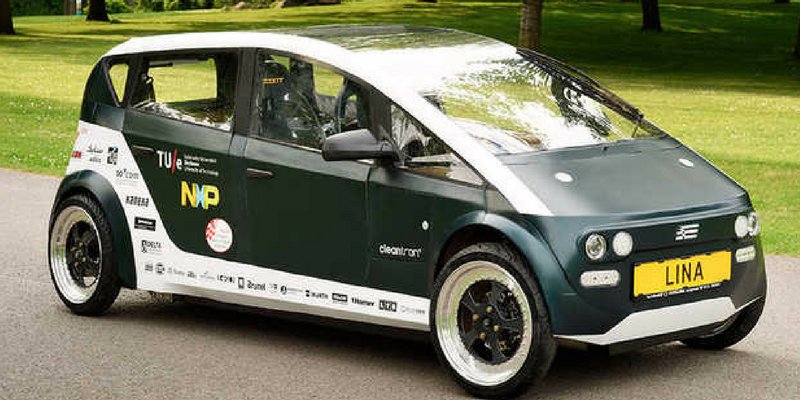 The lightweight electric car, created by students in the Netherlands, is made of a resin derived from sugar beets and covered with sheets of Dutch-grown flax.

“Only the wheels and suspension systems are not yet of bio-based materials,” said Yanic van Riel, one of the developers from the TU/Ecomotive team at the Eindhoven University of Technology.

The structure of the car they have called “Lina” has a similar strength-weight ratio to that of fibreglass and weighs only 310 kg (about 684 pounds).

But the prototype has not yet passed crash tests, because the material “will not bend like metal, but break,” said the team’s leader, Noud van de Gevel.

Demands to reduce air pollution and tackle climate change have pushed auto companies towards alternative designs, but most are still require a great deal of energy to make.

“Energy that is saved while driving the car is now spent during the production phase,” van de Gevel said.

The TU/Ecomotive team plans to test drive Lina later this year, once given the green light by the Netherlands Vehicle Authority.