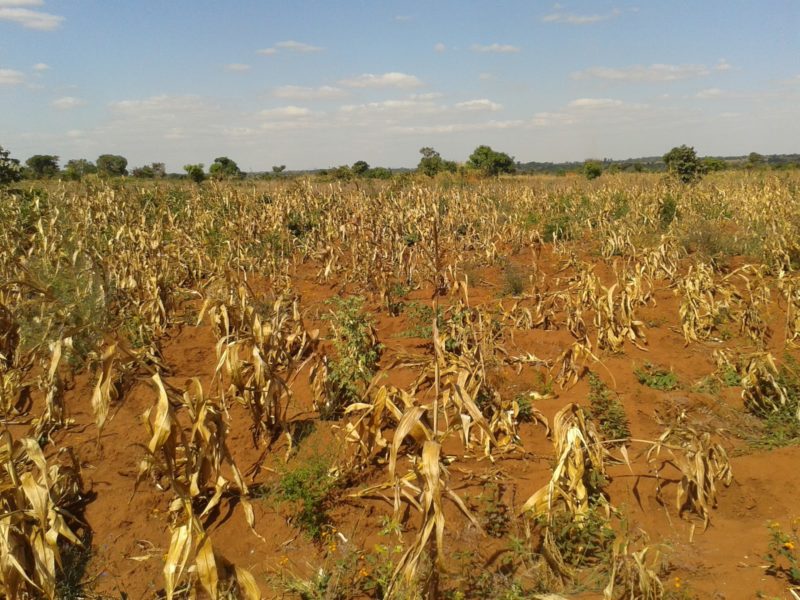 Destroyed fields of maize in Katsumwa, Malawi. The ARC has come to the rescue

The African Risk Capacity Insurance Company Limited (ARC Ltd) is processing an insurance payout of approximately $8.1 million to the Government of Malawi to support its response to the drought which resulted from the poor 2015/16 agricultural season.

Making this disclosure in Johannesburg, South Africa, on Wednesday November 16, 2016, the Minister of Finance, Economic Planning and Development for Malawi, Goodall Gondwe, said: “Malawi welcomes the payout from ARC Ltd given the significant challenges in securing financing to support the millions of affected households in the country.”

The payout will be released to Malawi as soon as the Government’s plan on how the payout will be used to respond to those affected by drought – known as the Final Implementation Plan – is approved by ARC. This is standard practice for ARC payouts, and is expected to take place by the end of November.

ARC Ltd issues insurance policies to its African Member governments; any payout thereof is based on results from its drought risk model, the Africa RiskView. In close consultation with ARC Ltd, the model is customised for and by each country to reflect the country’s historical drought risk profile and current farming practices.

Malawi bought a parametric drought insurance policy from ARC Ltd for the 2015/16 agricultural season. The policy did not initially trigger a payout, because the model indicated a low number of people affected by the drought. However, the Government’s estimate of the impacted population in Malawi was much higher, suggesting a discrepancy in the results of the model.

ARC investigated the discrepancy through extensive technical work. It first examined the performance of the model as it was originally customised by Malawi, and found that the model had performed as expected given its parameters and the satellite-based rainfall data used. The satellite data was in line with Malawi’s ground-based rainfall data.

Subsequently, ARC conducted extensive fieldwork and household surveys in partnership with Malawian technical experts, including researchers from the Centre for Agricultural and Rural Development (CARD) at the Lilongwe University of Agriculture and Natural Resources (LUANAR).

This work revealed that farmers had switched to a greater extent to growing a different type of crop than that assumed in the model. Farmers shifted in recent years to planting maize with a 90-day growing period, compared to the maize variety with a growing period of 120-140 days as assumed in the customisation of Malawi’s model. The rainfall pattern in 2015/16 was particularly unfavourable to the shorter cycle maize, such that correcting this crop assumption in the model resulted in a very different modelled outcome.

In fact, when ARC re-customised the Africa RiskView to correct this crop assumption, it resulted in the model outcome providing a reasonable representation of the situation on the ground. This in turn triggered a payout under the revised policy to the Government of Malawi.

ARC’s work confirmed that the Africa RiskView technical engine is a robust modelling platform. However, having to correct key data in the case of Malawi emphasises how critical it is to make appropriate and realistic assumptions based on the best-available and current data when customising the model.

The Chair of ARC Ltd Board, Dr. Lars Thunell stated: “The case of Malawi has showed that heightened attention is necessary in validating national input data provided for the model. Any model’s ability to represent reality depends on the accuracy of starting assumptions and data. Based on the re-customisation using a more accurate assumption on reference crop type, an amended insurance policy was issued to the Government of Malawi and a payout has been triggered.”

Dr. Ngozi Okonjo-Iweala, Chair of the African Risk Capacity Agency Board, further stated: “ARC was founded by African Governments with the objective of providing them with the tools and capacity to better manage natural disaster risks. ARC Ltd stands by to support Malawi and to continue to help the country develop a comprehensive and effective drought risk management strategy.”