DRC to commence use of Ebola vaccine on Monday

August 3, 2018 Comments Off on DRC to commence use of Ebola vaccine on Monday 645 Views

The Democratic Republic of Congo (DRC) will start using an Ebola vaccine as early as Monday, August 6, 2018 to counter a new flare-up in the heavily populated eastern part of the Central African country, which emerged just as an earlier outbreak was being pronounced over. 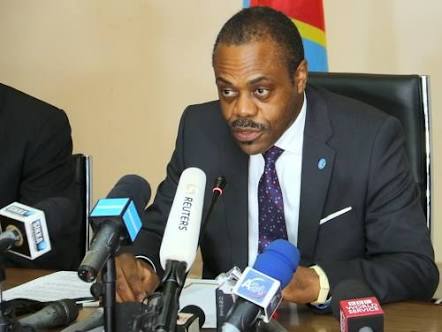 Four people have tested positive for Ebola in and around Mangina, a town some 100 km (60 miles) from the Ugandan border, and 20 others have died of similar hemorrhagic fever symptoms without having been tested for the disease.

The World Health Organisation (WHO) says the new outbreak presents a high regional risk, given the proximity to neighboring countries.

It was discovered in July, just as health officials were declaring the end of another outbreak 2,500 km away in the western part of the country, which killed 33 people since it emerged in April.

The earlier outbreak was officially pronounced over last week. Officials have not yet been able to determine if the two outbreaks are linked.

Officials are already making steps to deploy a vaccine manufactured by Merck which has become the greatest weapon against the spread of the virulent Zaire strain of the virus and which helped contain the earlier outbreak.

“I think we can start using the vaccine as early as next week,” Health Minister, Oly Kalenga, told Reuters on Friday, August 3.

About 3,000 doses were stored in the capital Kinshasa after the last outbreak, he said. Another 300,000 doses could be supplied at short notice, the WHO has said.

“All teams on the way are being briefed and we are working on the cold chain,” he said, referring to the complex measures needed to keep the vaccine well below zero in a tropical climate without reliable power supplies.

“All this will be available very quickly.”

The latest outbreak is the tenth in Congo since the virus was discovered near the Ebola river in 1976.

Health officials have given new details about how the latest outbreak came to light.

One key event was the death and unsafe burial of a 65-year-old woman in Mangina in late July, the WHO said.

She had been admitted to hospital but then released after showing signs of recovery.

“On discharge (she) came down with a fever and other symptoms that were clinically consistent with Ebola,” WHO’s emergency response chief Peter Salama told reporters in Geneva.

“This is what really raised the alarm. She had fever, vomiting, bloody nose and bloody diarrhea as a final set of symptoms.”

He said seven of the woman’s immediate family later also died from Ebola-like symptoms, and health workers were now trying to track down potential contacts in 10 locations spread over tens of kilometers.

A health worker is believed to be among the dead, Salama said.

There were now suspected cases in the busy nearby town of Beni and the neighboring Ituri province.

WHO is working with Uganda and Rwanda in case the virus travels out of Congo with refugee flows. Uganda has set up Ebola screenings at its land and airport borders.

Salama said scientists were trying to determine whether the eastern Congo outbreak was related to the earlier one in the west.

“We cannot rule out that this is connected to the previous outbreak.

“What we can say is that there is no evidence to suggest there is a concrete link,” Salama said. Genetic sequencing results are expected on Tuesday.