July 4, 2016 Comments Off on Dr Femi Olomola: Tribute to a quintessential planner 1,618 Views

When on that black Tuesday, May 31, 2016 the sad news of Dr. Femi Olomola’s demise was made public by the matriarch of his nuclear family, his wife of many years, Mrs Kunbi Olomola, a palpable cloud of dejection and sadness enveloped the entire members of the Nigerian Institute of Town Planners (NITP) throughout Nigeria. Dr. Olomola until his death was the National President of the NITP. He was enthroned in October 2014 to the exalted position by acclamation of the Institute’s members. 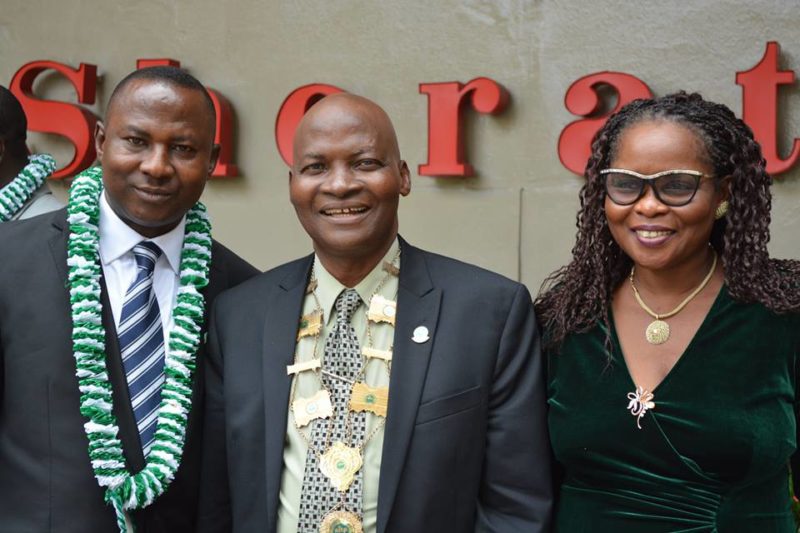 Dr. Olomola hit the ground running as evident in his inaugural speech. He enumerated very explicit seven-point Agenda he planned for the NITP under his watch as follows:

He left no one in doubt about his vision and mission for NITP. While he held sway as the National President of the Institute, he left an imprint and a legacy for all to remember him long after he had left this sinful world. The facts are there and very verifiable too. I recapitulate them:

Dr. Olomola was a spade man. He was never afraid to voice his opinion about matters of planning and its foibles. He once said: “One of the very fundamental problems we have…is because we don’t plan. Nobody plans. There is a lack of a political will, which is number one. When there is no political will, it manifests itself in poor and almost zero budgetary allocation for planning.” (EnviroNews, Nigeria, August 24, 2015). The inference he was making loud and clear was that Government does not place high premium on planning, which from his professional perspective, an aberration of good governance.

Dr. Olomola followed his words with action. On the issue of the law and Constitutional matters, he took his fight to meet the lion in his den (figuratively) at the National Assembly. When he met with the incumbent Senate President, Olusola Saraki, Dr. Olomola never minced his words. He told the Senate President point blank to revisit the issue of planning in Nigeria and harped on the need for the lawmakers to recognise planning as the fulcrum of development; and why Urban and Regional Planning ought to be included in the Concurrent List of the Constitution. He was of the opinion that the Supreme Court’s landmark judgment of over a decade ago, which affirmed “Planning as an Exclusive List matter in the Constitution” and should therefore be under the purview of the State, was a judgment based on legal technicality, not on reality.

ALSO READ:  How the planning profession can resolve its challenges

Dr. Olomola lived up to his vision and mission statements and kept his promises. At a point in the life of the NITP when the Institute was bereft of innovative ideas, Dr. Olomola, from his seminal mind, introduced the Land Use Planning Report (LUPAR) as a novelty that seeks to expand the frontiers of Site Analysis Report (SAR) applications beyond the realm of planning approvals of yore. He was positive that when LUPAR becomes operational, it will readily solve the number one bane of planning in Nigeria: lack of data. With the introduction of LUPAR, it is envisaged that 95% of all problems related to lack of data will be significantly addressed. The beauty of Dr. Olomola’s innovative idea is that it would “provide realistic, comprehensive and relevant data on all facets of physical development.” And the ace of his idea: it would create five million units of jobs per annum across the board, thereby widening the latitude of job opportunities for all registered town planners, a professional group whose world of employment has gradually constricted. His idea LUPAR is also in tandem with his promises of improving current operational modalities and human capital development. To-date, LUPAR is the flagship of Dr. Olomola’s achievement at the Institute and the poster child of the NITP.

Dr. Olomola was erudite and prolific. If anyone is in doubt of this assertion, a peep into his Curriculum Vitae on the NITP website (as an item for public information) will convince you. He had Doctorate degree (Ph.D.) in Urban Planning from an Ivy League university in the United Kingdom. He was credited for unquantifiable number of publications in the form of books, scholarly papers, lectures, newspaper articles and many committee reports which he was either the Chairman or an eloquent committee member. His profundity about Planning was comparable to the brilliance of William Shakespeare – the world-acclaimed wordsmith and greatest writer in the English Language, who was born in 1564 in the United Kingdom.

Dr. Olomola excelled in the practice of his profession. He formed and nurtured Femi Olomola & Co, Consulting Town Planners, as a private company to an enviable height. The Company’s specialisation is development of Campus Master Plans, its trade mark. An NITP award winner, Dr. Olomola’s company was instrumental to the development of Campus Master Plans for over 10 federal government-licensed polytechnics in Nigeria. It also reviewed the Master Plan for another prominent citadel of learning: the Obafemi Awolowo University, Ile-Ife, in present day Osun State. A planner without borders, Dr. Olomola was a Consultant to the world-renown United Nations Human Settlements Programme (UN-Habitat) and United Nations Development Programme (UNDP) in charge of projects which included Urban Land Use Planning for Osogbo, Ikirun and Ila Orangun in Osun State; and as National Consultant on Urban Environmental Planning and Management who crafted the project document for sustainable urban growth and development programme for Nigeria.

Dr. Olomola’s death generated a feeling of great loss among his professional colleagues. This writer did a random sampling of opinion. Reproduced verbatim, here is what each individual I contacted said:

“Too close to me to be someone I have to loose. I am to miss his frantic and relevant professional advice for years to come.” (Professor ‘Bade Falade former Head of UN-HABITAT Programme Support Office, Abuja.)

“This is the greatest shock ever that the NITP has received.” (Tpl. Toyin Ayinde, former Commissioner for Physical Planning and Urban Development, Lagos State.)

“A committed professional who had great vision for the upliftment of our profession. It has taken me longer to come to terms that Dr. Olomola is no more.” (Tpl. Catherine Kehinde George, Nigeria’s 1st female Town Planner.)

“What a perfect and accomplished professional and above all, a gentleman.” ( Sir ‘Wole Okunfulure, a Fellow of NITP, retired Director of Lands, Federal Ministry of Housing and Urban Development, Abuja, former Chairman Board of Directors, Shelter Afrique a continental Housing Company based in Nairobi, Kenya.)

Death is an inevitable debt all mortars must pay. The extent of sorrow and feeling of dejection which the passing away of Dr. Olomola had caused his immediate family, friends, and school mates and by extension, his professional colleagues, is beyond what words can express. Dr. Olomola had paid his supreme debt, albeit at an early age. But let us have solace and joy in the fact that, not how long, but how well he lived. During his short sojourn on planet earth, he left an indelible print in the sands of time, most especially in his known profession. He was an Urban Planner of great achievements and among his colleagues, he was primus inter pares.

The world is a stage. The immortal quote by Jaques in William Shakespeare’s celebrated literature book As You Like It, is very apt as a reference to conclude this piece, to wit: “All the world’s a stage. And all men and women mere players. They have theirs exists and entrances; And one man in his time plays many parts.” Applicative to Dr. Olomola, he was a good actor in the world’s stage and a man in his time who played many parts in his professional callings…National President, NITP, National President, ATOPCON, Chairman, NITP Lagos State Chapter, Chairman, Practice Committee, NITP, Vice Chairman, NITP Lagos State Chapter; an international consultant and a mentor to many budding Town Planners with a long list of other protégés. In addition to all these, he played the role of a dependable patriarch for his family, a loving soul mate to his wife and a father hen to his children.

Like Julius Caesar, Dr. Olomola now in the celestial world, can look back and affirmatively say to himself: veni, vidi, vici. (I came, I saw, I conquered). May God grant his departed soul peaceful eternal rest. Amen. And for members of the family he left behind, may God continue to protect them whenever they are unconsciously in harms’ way.

Previous: FRSC decries assault on marshal, warns potential offenders
Next: Why ecosystem services should be mainstreamed into agriculture 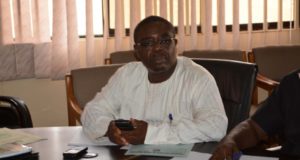 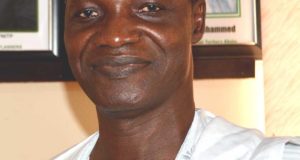 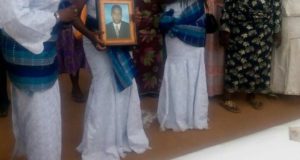 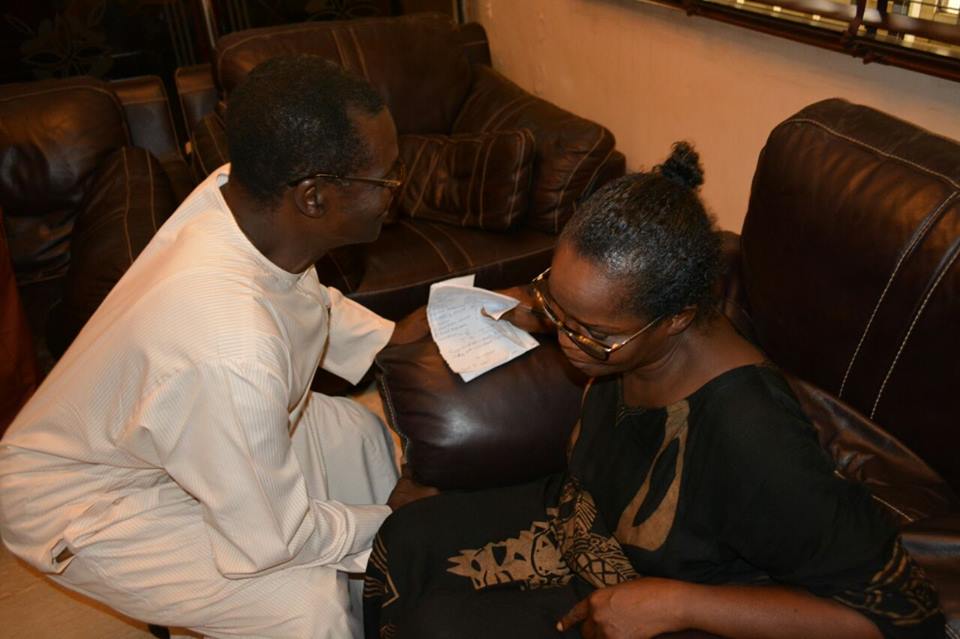