A second positive case of Ebola virus disease has been confirmed in the health zone of Butembo, North-Kivu province, in eastern Democratic Republic of the Congo, according to health authorities.

The response team said the second confirmed case is a 60-year-old farmer, who died on Feb. 10, 2021 with an epidemiological link to the first case.

Both cases died and all stayed at the same health centre.

Health authorities say they have deployed a team from the provincial health ministry in the field to support response actions around these two confirmed cases.

For the moment, no health personnel “is infected in the area and vaccination activities against contacts of confirmed cases begin on Thursday”, the health authorities in charge of the response further said.

On Monday, local health authorities and the WHO regional office announced that more than 70 contacts linked to the new positive case of Ebola virus disease have already been identified on-site in the health zone of Butembo.

According to the health authorities, the majority of contacts are family members who accompanied the two victims to the hospital centre and participated in the unsecured burials.

Since the resurgence of the epidemic, the samples taken from the confirmed Ebola patients have been sent to the main laboratory of the National Institute of Biomedical Research of Kinshasa (INRB) for genome sequencing to identify the strain of Ebola and determine its link to the previous outbreak. 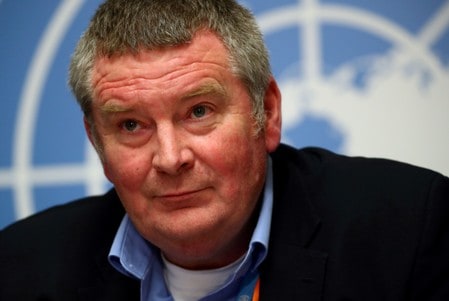 The World Health Organisation (WHO) says it is unlikely the Novel Coronavirus (COVID-19) pandemic will ...