November 10, 2016 Comments Off on Donald Trump, Africa and the Paris Agreement 3,712 Views

The 2016 United Nations Climate Change Conference (COP22) at Marrakech, in the Kingdom of Morocco, could not have come at a more inauspicious time. Delegates had one eye on the agenda, and the other on the television screens, anxious to know who was winning the presidential elections in the United States of America. 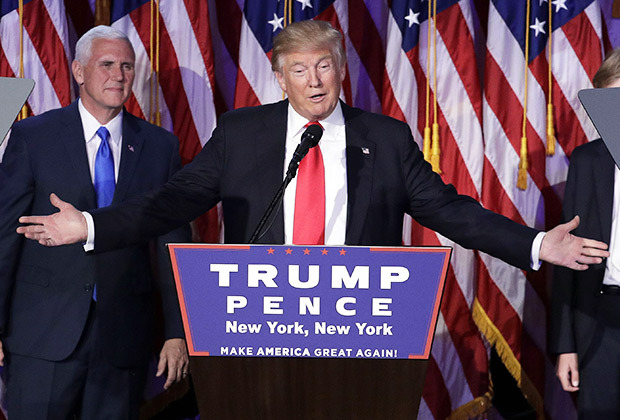 It was sheer coincidence that these two crucial events for global politics and global warming happen at the same time every four years. Like a solar eclipse, the victory of Donald Trump over the emotional and more climate-friendly Hillary Clinton casts a shadow on COP22, and the future of climate change mitigation in the universe. As a result, Marrakech has been in emotional darkness for a few days now.

Delegates in the great halls of this Moroccan city have put up a brave face, and continued talking, lecturing, negotiating and cajoling, complimenting and applauding themselves, pretending to ignore the political fermentation in North America. But, deep in their hearts, they know that global climate change impacts may henceforth be remotely worsened by the arrival of Mr. Trump at the White House.

In 2015, the precursor to Marrakech was held in Paris, France. It was the 21st yearly session of the Conference of the Parties to the 1992 United Nations Framework Convention on Climate Change (UNFCCC) and the 11th Session of the Meeting of the Parties to the 1997 Kyoto Protocol. The conference negotiated Paris Agreement, a global accord on the reduction of climate change, the text of which represented a consensus of the representatives of the 196 parties attending it. The agreement will enter into force when joined by at least 55 countries which together represent at least 55 percent of global greenhouse emissions. On 22 April 2016 (Earth Day), 174 countries signed the agreement in New York, and began adopting it within their own legal systems (through ratification, acceptance, approval, or accession). The US and China have promised to formally approve the deal by the end of 2016.

Not many in the climate movement or fraternity had paid much attention to Donald Trump even when he called climate change a hoax, partly because few had expected him to win the US presidential elections. Before that, a few eyebrows were raised when he said he would tear the Paris Agreement to pieces. But again, the pundits were dismissive as he had made quite a number of offhand, controversial, cocky and unbelievable statements. Now the COP 22 delegates in Morocco are waking up earlier than usual from nights of terrifying insomnia to reality, because Mr Donald Trump will be the next president of the United States of America, and his campaign utterances are no longer regarded as cheap gimmicks.

What happens in international development negotiations, like at the COP, is clearly that all countries are equal according to the UN Charter, but some are more equal than others, to borrow that Orwellian metaphor. The Least Developed Countries (LDCs) are often the first to accede to multilateral environmental and climate agreements, under the pressure and promise of funds and capacity building including technology transfer and knowledge sharing, from the wealthier industrial nations who admit to being the heavier emitters of greenhouse gases. As it turns out, some of these promises remain empty and never materialise.

The last to sign are usually the biggest emission culprits, with fists firmly on the levers of the world’s financial and development institutions. When the United States stonewalls and stalls at any global conference panic sets in.

Criticism of Donald Trump from a number of intellectuals including Noam Chomsky, Leo Benedictus and Wole Soyinka admit to his unpredictability. Whether that could also be seen as something positive in the battle against climate change will remain to be seen. As a successful businessman, his supporters believe Mr Trump is a master at doing deals. The only problem is whether he has the cognitive ability, patience and temperament to subordinate his ego and recognise the pathways of deals based on scientific research and results.

Washington watchers believe Trump is likely to invite Myron Ebell, a notorious climate change sceptic to spearhead his plans for the Environmental Protection Agency. Myron Ebell is currently director of the Centre for Energy and Environment at the conservative Competitive Enterprise Institute. He is touted as a divisive figure in the industry and highlights that Trump is looking to shake up climate policies that were pursued under Barack Obama, so says a report in the Scientific American.

Climate change agreements may be legally binding, but no country takes another to court over transgressions and gets them punished. Africa will continue to rely on the familiar rhetoric insisting on the moral, economic and social imperative of the United States of America to lead and act on climate change and carry forward the commitments made under the Paris Agreement. Will this argument make any sense to a US President Trump that once said, “Climate change is not taking place! Forget it!”?