Long before the global community ever decided to pursue the open defecation free (ODF) agenda of ensuring responsible defecation using household toilets, a small Ghanaian community was already practicing the principles of ODF. For the people of Kpale-Xorse in the Ho West District of the Volta region, it has been a taboo to defecate and leave faeces in the open. 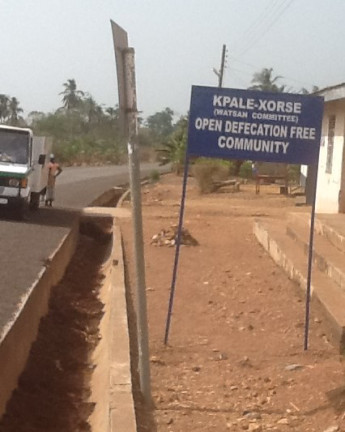 To ease themselves, each community member would instinctively dig a hole, defecate in it and, afterwards, cover it up. The people of Kpale-Xorse have always consciously covered their shit not for health reasons, but for divine motivation. The guiding principle for this lifestyle was the biblical book of Deuteronomy 23:12 – 14.

“You shall have a place outside the camp, and you shall go out to it. You must have a spade among your other equipment and when you relieve yourself outside you must dig a hole with the spade and then turn and cover your excrement. For the Lord your God walks about in the middle of your camp to deliver you and defeat your enemies for you. Therefore, your camp should be holy, so that He does not see anything indecent among you and turn away from you.” (Cited from the New English Translation Bible).

While, some communities would normally construct communal latrines, the Kpale-Xorse Community established by the Christ Apostolic Faith in 1931, has never constructed a communal toilet. Rather, defecation was in accordance with the biblical provision for the Israelites when they wandered for 40 years in the wilderness, following their escape from Pharaoh and Egypt, according to the biblical book of Exodus.

Open defecation (OD), known as “free range,” in Ghana, is said to be the riskiest of all sanitation practices, posing the greatest danger to human health and can have fatal consequences – particularly for the most vulnerable, especially young children. The risk lies in the fact that human contact with human excreta can transmit many infectious diseases including cholera and typhoid. It also affects the growth of children under five leading to stunting – a condition that distorts the physical growth and intellectual abilities in children.

In Ghana, open defecation is deemed the greatest sanitation challenge. Therefore, the United Nations Children’s Fund (UNICEF) with its sponsors, is supporting the Government of Ghana to address the problem in Northern, Upper East, Upper West, Volta and Central regions as well as the Ashiaman district of the Greater Accra region, where the practice is said to be prevalent.

Members of the Kpale-Xorse community say they cherish a close commune with their maker, “God Almighty,” and therefore “covet His blessings such as sound health and long life, which He has generously bestowed on us.”

The Head of the Community, Pastor Henry Johnson, testified that “since we settled here, we hardly fall sick and the youngest person to have died among us three years ago, was 59.”

This is so unlike in other communities, where people are always falling sick and dying from preventable diseases that are common because open defecation is the norm.

The Kpale-Xorse community members quickly embraced the ODF concept through the Community Led Total Sanitation (CLTS) approach, introduced to them by field officers from the Regional and District Environmental Health Offices in October 2012. The approach emphasises households having their own toilet facilities.

Within three months, the community become ODF and is now aspiring to become a sanitised community where every household has its own toilet facility. But Kpale-Xorse is not the only ODF community in Ghana.

A recent regional press tour in four of the five UNICEF supported regions, revealed that more communities are gradually abandoning the norm of open defecation and embracing the ODF concept.

But some challenges are threatening the ODF status of some of these communities. For instance, Lijobilibu in the Mion District of the Northern region is completely transformed now, in terms of sanitation and hygiene. Community members now happily share their stories of transformation from filth to cleanliness, from sickness to health, and from bad oduor to a refreshing breeze.

ALSO READ:  Nigeria takes stock of a century of her environment

However, these gains made are being threatened by the lack of access to safe water. There is no water facility in the community. Its only source of water is the River Dakar, which community members say they share with their cattle. It is about four miles away and one has to trek through a rocky terrain and descend into the valley. This makes the return journey with water rather tedious, as the path is an ascent and can be very slippery at times.

The youth of the town are unhappy about this situation because, according to them, the district authorities who promised to help “are doing nothing about our plight.” A representative, Catechist Joshua said they have decided to protest by mounting a “NO WATER FACILITY, NO VOTE,” sign post in their community.

“Unless we get water, all our efforts at maintaining our ODF status and even becoming a sanitised community will be in vain,” he added. 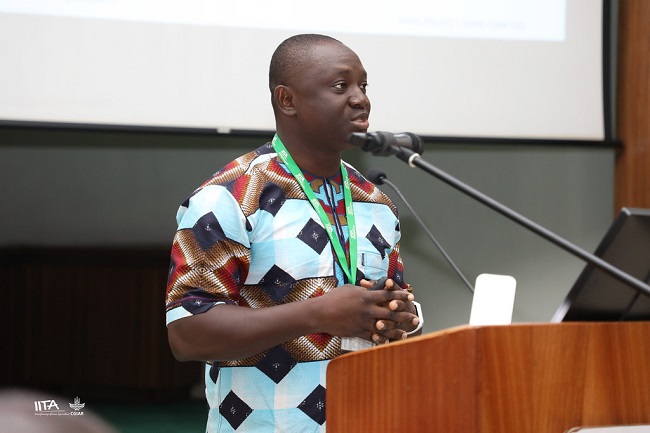