The administration of President Muhammadu Buhari can rebuild confidence in its anti-corruption crusade by removing the veil of secrecy  in the conduct of  government business and respecting the right to information and free speech, the Corporate Accountability and Public Participation Africa (CAPPA) has said .

CAPPA, in a statement issued in Lagos on Friday, June 12, 2020 to mark the year’s Democracy Day advised the current administration that democracy thrives only when people can participate freely in the process of electing and removing their representatives.

The group said the crisis that resulted after the freewill of Nigerians expressed on June 12, 1993 was truncated by the Babangida military junta was a lesson that subsequent administrations including the current one are yet to learn from as reflected by the endless violations of the rights of Nigerians on all fronts.

Executive Director of CAPPA, Akinbode Oluwafemi said: “As we salute heroes both dead and alive who fought for the enthronement of  civil rule in Nigeria, we must again be remind the current occupiers of public offices that for the citizens of this nation to full democracy,  there must be transparent governance.

“We are worried by the attempt to muzzle freedom of speech, and the lack of transparency in government business particularly as it relates to procurements and on a broader front, the many loans that government at all levels have received from the World Bank, IMF and several multilateral institutions. Many of such arrangements have occurred during this COVID-19 pandemic. In fact we are worried about Nigeria’s rising external debts.

The group also urged the government to be courageous enough to accept democratic reforms, expressing regret that, ”the quality of the nation’s electoral process has been on a downward slide resulting in a gradual loss of interest in the entire electoral process among the citizenry.

“The government should equally protect the environment that will allow Nigerians participate in who governs them. If the current administration works to erode these lofty ideals, then it should stop sermonising about democracy. Anything aside this is unacceptable,” he insisted. 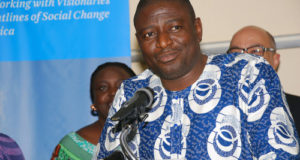 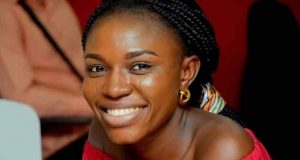 The Corporate Accountability and Public Participation Africa (CAPPA) has called for an international inquiry into ...