The action/2015 movement has urged the Nigerian government to use its weight to demand action on poverty, inequality and climate change at crucial negotiations next week in New York (17-20 February 2015). 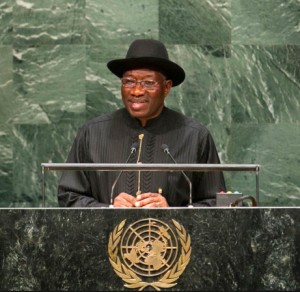 The negotiations in New York will set the overall vision of the next set of sustainable development goals – key agreements that will set global goals for the next generation. These negotiations are the crucial moment for governments to set the ambition of the agreements and action/2015 is urging a clear focus on poverty, inequality and climate change.

Amid growing worries that tackling inequality could be side-lined in the final document, the Nigerian Government is being asked to push hard for a strong commitment that every goal and target is only considered met when all groups in society have met it. In previous agreements despite impressive progress, too many groups have been left behind with progress coming slowest for the poorest and most marginalised groups.

According to Atayi Babs, National Network Coordinator of Climate and Sustainable Development (CSDevNet) who doubles as the Team Lead for action2015 in Nigeria, “next week the Nigerian Government will have an opportunity to defend the rights of the poorest and most marginalised and shape one of the most important agreements of our time.”

“In January, the launch of action/2015 showed that hundreds of thousands of people all around the world including Nigeria want to see their government deliver ambitious outcomes at the negotiations this year which put tackling poverty and inequalities at their heart. This week in New York, negotiators must show they are listening and demand that the goals and targets announced in September are only considered met when all groups in society have met them,” Atayi added.

At its core, the action/2015 movement believes that the new Sustainable Development Goals, as well as the Paris climate negotiations in December are a once in a generation opportunity to secure equality for all and ensure that everyone is able to lead lives full of opportunity.

This principle was also backed by a group of 32 leading international figures including Bill Gates, Shakira and Leymah Gbowee, at the launch of action/2015 in January, who issued a letter to world leaders, including President Goodluck Jonathan of Nigeria, warning them that unless they fully grasp the opportunity of this year that they could be ‘sleep-walking the world towards one of the greatest failures of recent history’.

The action/2015 movement is focused on securing ambitious outcomes at two crucial summits this year. The first is September’s Sustainable Development Goal Summit in New York that will result in new global goals – a framework to end all forms of poverty, discrimination, and inequalities. The second is the UN climate change summit in December, that will set new climate action targets – a crucial step towards a safer planet.

These commitments taken together should lay the foundation for addressing the world’s most pressing challenges.

These commitments taken together should lay the foundation for addressing the world’s most pressing challenges.

Previous: Lake Nyos tragedy revisited, 26 years after
Next: The road to Paris 2015