On Friday, January 20th 2017, Pavel Sulyandziga, Chairman of the United Nations (UN) Working Group on the issue of Human Rights, Transnational Corporations and other Business Enterprises and Grand Chief Wilton Littlechild, member of the UN Expert Mechanism on the Rights of Indigenous Peoples were scheduled to arrive in North Dakota, USA at the invitation of Standing Rock Sioux Tribal Chairman, Dave Archambault. 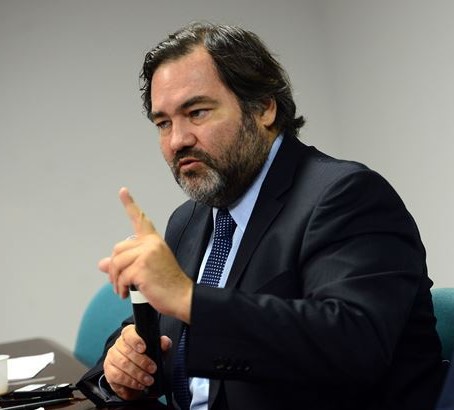 They will be joined by representatives of the International Indian Treaty Council (IITC) as well as the ACLU Human Rights Programme who will participate in a human rights training workshop on Sunday, January 22nd. A hearing to take testimonies on human rights violations resulting from construction of the Dakota Access Pipeline will be held on Monday, January 23rd.

The UN Working Group on the issue of Human Rights, Transnational Corporations and other Business Enterprises was established by the UN Human Rights Council (HRC) to monitor implementation of the UN Business and Human Rights Principles which were adopted in 2011 by consensus of the HRC, including the United States. The Guiding Principles affirm the responsibility of corporations and businesses to respect human rights as well as the obligation of States (countries) to protect human rights and provide effective remedies for victims of violations which occur as a result of business activities. The Working Group has affirmed Indigenous Peoples’ right to Free Prior and informed Consent regarding business activities that could affect them.

The Standing Rock Sioux Tribe has consistently expressed its opposition to DAPL construction in its current route, including in statements to the United Nations and in meetings with the company itself, citing potential devastating effects on the Missouri River and Lake Oahe, its primary water source, as well as sacred sites and Treaty rights. On December 4th 2016, the US Army Corps of Engineers denied a permit for DAPL to continue drilling under the river pending the completion of detailed Environmental Impact Study and the consideration of alternate routes. On January 18th the Department of the Army published the Notice of Intent to require an Environmental Impact Statement in the Federal Register. However, with the inauguration of a new pro-pipeline US President immanent, along with continuing attempts by DAPL to go around this process including in the courts, concerns remain.

In his invitation to Mr. Sulyandziga to carry out a visit to Standing Rock, Chairman Archambault expressed its importance to the Standing Rock Sioux Tribe: “Your official visit here will provide much needed international oversight regarding the actions of the corporation and the positions of the next US administration in addressing this matter.”

The workshop on January 22nd and the hearing on the 23rd will each take place from 9 AM – 5 PM in the Banquet Room of the Prairie Knights hotel and casino and are open to the community and public. Registration to provide testimonies will take place on site beginning at 8:30 AM on both days.