Wednesday 27th May 2020
Wednesday, 27th of May 2020
Home / Cover / Cross River community gets electricity after centuries in darkness

Cross River community gets electricity after centuries in darkness

August 7, 2018 Comments Off on Cross River community gets electricity after centuries in darkness 540 Views

People of Umon Island, a small riverine community on the coast of Cross River, have been cut off from civilisation for 200 years. Located in Biase local government area of the state, this village has never tasted electricity and all the sweetness it brings: 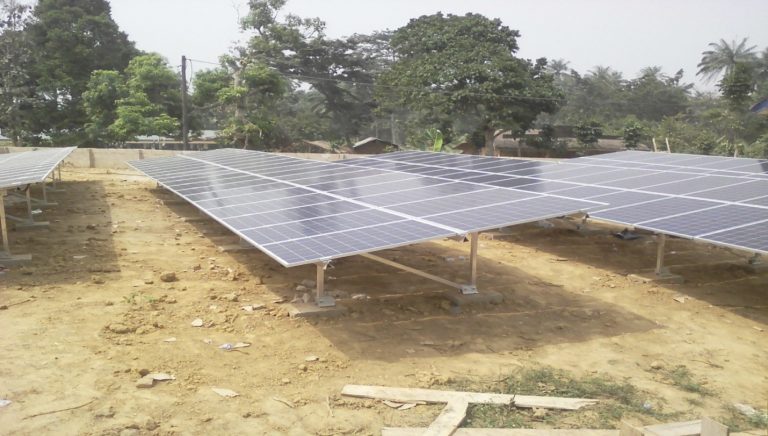 Villagers have no safe drinking water as inhabitants drink directly from the murky water drawn from the large river surrounding them. There is also no functional primary health centre. The only one found was under lock and key. The primary and secondary school on the Island had no light to power computers, charge phone batteries, switch on the fans and power some laboratory apparatus. Thus, most students attend boarding school at Calabar, the state capital.

Let there be light

But, today, there is light. And where there is light, there is joy, progress, economic development, less crime and improved qualiy of life. They owe their thanks to the German government which, through its arm of international cooperation, GIZ (Deutsche Gesellschaft fur Internationale Zusammenarbeit), introduced the solar mini-grid idea to bring electricity to the village. In this village, the implementing partner is the Community Research and Development Centre – which introduced the solar 50 kilowatts mini-grid system in March 2018.

The GIZ, in a bid to bring economic development, promote the use of renewable energy and reduce reliance of the national grid system, signed a memorandum of understanding with five states namely Ogun, Niger, Plateau, Sokoto and Cross River to provide solar with the aim of promoting economic development in such communities which could have otherwise never seen the light of day. 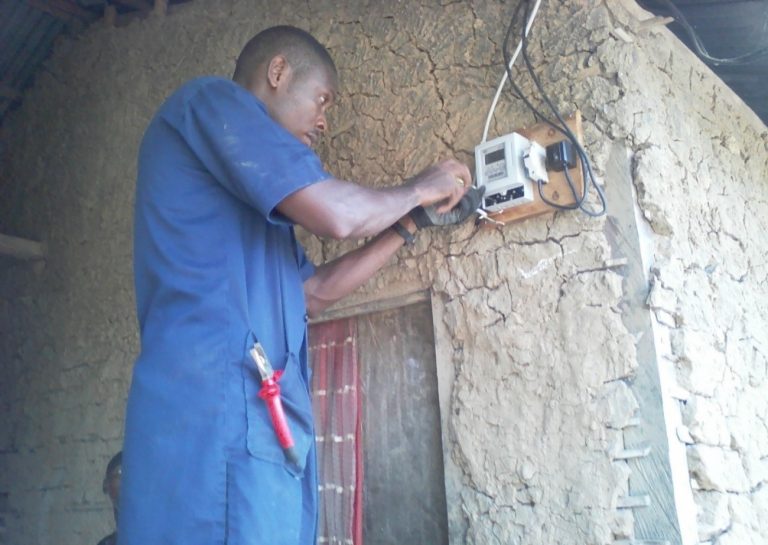 Abrahma Asuquo, the field electrical engineer managing the project at Umon Island, showed EnviroNews the solar system, which is housed in a room containing 48 batteries, with each carrying two volts and six battery inverters to generate 50 kilowatts. Also, outside the CREDC office, there are 18 photovoltaic cells (solar panels) which receive sunlight. The sunlight is converted to direct current that passes through the grid.

The power stored in the grid is ultimately fed into homes that are connected. The executive director of CREDC, Etiosa Uyigue, said if the government can adopt such models, it would reduce reliance on the national grid system, which is now not meeting the country’s electricity demand.

A census conducted by CREDC found that there are about 200 homes in the community and a sister community. Uyigue said letters were sent to the homes heads to sign an end-user agreement before their homes can be connected to the grid.

“What we are trying to show the government by this project is that if we have pockets of small, small, power generation like this in communities, we will not need to depend on the national grid alone, Uyigue said.

Though the country’s transmission capacity has increased from 5000 MW to 7000 MW, it is still besieged with problems of weak transmission lines, obsolete cables and poor management. If national grid should collapse, the whole country will be plunged in darkness. The minigrid can only generate 50 kilowatts which is equivalent to 0.05 megawatts, a fraction of the country’s power generation capacity of 7000megawatts. According to him, the project, which costs N80 million is small, but it is achievable and sustainable, it is meeting the needs of communities which may never get connected.

At the time of visit, this reporter who slept in the village for two days observed that there was light for about 18 hours at a stretch every day.

“It could be more consistent, but we have a little hitch in the solar system, which is being fixed,” Asuquo, who took this reporter around, says. Community members told this reporter that their businesses are moving.

James Akpan, who sells soft drink on the Island, says, “I can sell my drink now. Before no one wants to buy it because it is not cold, but now, it is moving well.”

It was concluded that the project has improved the quality of lives of up to 5,000 inhabitants of the island, whose preoccupation are fishing, farming, boat construction, retailing and petty trading.

According to environmentalists, renewable energy is the way to go to reduce the effect of climate change. It is free, clean energy from the sun, which does involve cutting down trees or burning of fossil fuels. By adopting this, the country is not only meeting its power demand and promoting economic development, it is also leaving zero carbon footprint and contributing to the reduction of the global climate change.