COVID-19: FAO warns over rise in hunger in Africa

The UN Food and Agriculture Organisation (FAO) has warned on the rising hunger in Africa, particularly in sub-Saharan Africa.

Abebe Haile-Gabriel, the organisation’s Assistant Director-General and Regional Representative for Africa, said this in a statement on Tuesday, July 14, 2020 in Abuja.

According to him, hunger is on the rise in all regions of Africa, particularly in sub-Saharan Africa, and a healthy diet has become an out-of-reach luxury item for many Africans.

He said that, without considering the impacts of COVID-19, Africa was significantly off track to meet the agreed goal of ending hunger by 2030, adding that the evidence was stark.

“This week, the UN Food and Agriculture Organisation, together with four other UN agencies, launched the State of Food Security and Nutrition in the World (SOFI) report, the most authoritative global study of its kind.’’

He said the report found that Africa had the highest prevalence of undernourishment more than twice the global average and the fastest growth in the number of hungry people compared to other regions.

He said that if recent trends persist, Africa would overtake Asia to become the region with the highest number of undernourished people, accounting for half of the total in 2030.

“This amounts to enormous lost potential for individuals, communities, economies and nations. COVID-19 is compounding the problem.

“Disruptions to food supply and livelihoods mean that many households are facing increased difficulties in accessing nutritious foods, particularly for the poorest and most vulnerable,” he said.

Haile -Gabriel said that preliminary projections outlined in the report suggested that COVID-19 could add an additional 83 to 132 million people globally to the ranks of the undernourished.

According to him, this means that people earning less than $1.90 per day cannot afford to eat adequate calories and nutrients from diverse food groups.

He said that if compared to other regions, this affordability posed the greatest challenge in Africa, where a healthy diet was beyond the means of nearly a billion people.

He said in West Africa, more than 80 per cent of the population was estimated to not be able to afford a healthy diet which was the highest percentage globally.

“In sub-Saharan Africa, a healthy diet costs 3.2 times more than the poverty line, and the situation is even worse in countries with a protracted crisis such as conflict.

“The poverty line itself needs to be reviewed to include the cost of nutritious food as a basic cost of living,” he said. 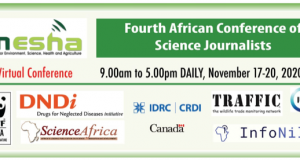 Britain will ban the sale of new petrol and diesel cars and vans from 2030, ...