The Police Command in Delta has confirmed the death of a 60-year-old U.S. citizen in the state, due to suspected complications arising from COVID-19.

The state Commissioner of Police, Hafiz Inuwa, confirmed the incident in Warri on Sunday, May 10, 2020.

The 60-year-old woman was in Nigeria to visit her male friend. She was kept in a hotel in Warri for sometime before relocating to another hotel around Orerokpe.

“While they were together for about a week, the woman was coughing and having difficulty in breathing and stooling.

“So, she was taken to a hospital on Saturday when her condition became worse and eventually died,” Inuwa said.

He said the male friend is with the Police in Orerokpe.

The Police Commissioner said that he had drawn the attention of the Commissioner for Health in Delta to the development, in order to contact the Nigeria Centre for Disease Control (NCDC), in view of the symptoms developed by the deceased.

Inuwa, however, warned Policemen to be very careful with the manner they deal with the said male friend, so as not to get infected with the dreaded COVID-19.

Meanwhile, the Lagos State Government has announced the recovery and discharge of 21 more patients who tested negative twice to coronavirus.

Governor Babajide Sanwo-Olu said in a statement on Sunday that 469 patients had now been managed and discharged from the isolation centres.

”My dear Lagosians, I am happy to inform you that 21 more #COVID19 patients; four females and 17 males, all Nigerians, have been discharged from our isolation facilities to reunite with the society.

”The patients, three from Onikan, one from Eti-Osa (LandMark), one from First Cardiology Hospital (an accredited private Isolation facility), six from Lekki and 10 from the Lagos University Teaching Hospital (LUTH) Isolation Centres were discharged today having fully recovered and tested negative to COVID-19 in two consecutive test readings.

”With this, the total number of cases successfully managed and discharged from isolation facilities has risen to 469.

”Remember to practice hand hyiene, join our #MaskUpLagos campaign by using a facemask especially when outdoor and do not forget to observe strictly the Social Distancing principle.

”Together we can break the chain of transmission #ForADiseaseFreeLagos #ForAGreaterLagos,” he said. 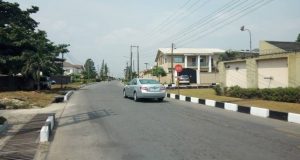 Women account for a slightly smaller proportion of COVID-19 infections and deaths compared with men, ...