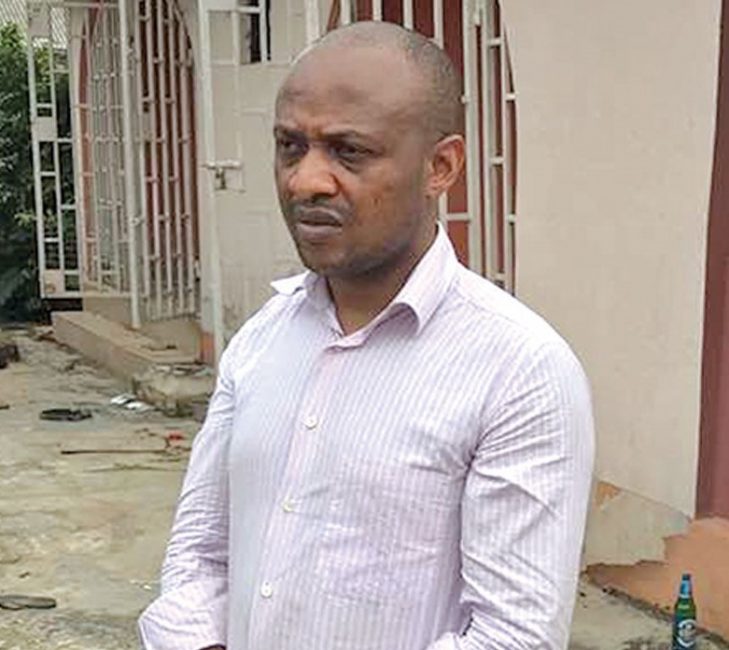 Justice Anka said the case file would be returned to the Chief Judge for further directive.

The judge had earlier heard the case during the court’s long vacation and adjourned until August 29 for judgment after parties argued it and adopted their addresses on August 16.

But, the Police, through its counsel, Mr. David Igbodo, said another lawyer, Mr Henry Obiazi, who represented the Inspector-General of Police (IGP) and the Nigeria Police when the case was heard, did so without authorisation.

The police prayed the court to set aside all the purported arguments made by Obiazi and to set aside the ruling it delivered on August 16 in which he adjourned for judgment.

When the case came up before another judge, Justice Chuka Obiozor during the long vacation, he held that the case was no longer urgent.

Justice Obizor then returned the file to the Chief Judge, Justice Adamu Kafarati, for re-assignment to another judge.

The case was subsequently re-assigned to Justice Babs Kuewemi.

However, Evans’ counsel, Olukoya Ogungbeje, wrote the Chief Judge, informing him that Justice Anka had already adjourned the case for judgment.

Based on the letter, the case was again returned to Justice Anka.

When the case came up before Justice Anka on Wednesday, he expressed displeasure that the case was returned to him when the issue of judgment had been overtaken by events.

The judge said that since the police had filed other applications, the earlier adjournment for judgment had become void, adding that even if he had written the judgment earlier, it meant that a new one would be written.

He said: “The case was re-assigned to Justice Kuewumi. How my learned colleague smuggled this case to this court is baffling. He did not avail us with a copy of his letter to the Chief Judge, otherwise we would have reacted.”

But Ogungbeje said he wrote the letter on the basis that since judgment had already been fixed, Justice Anka would deliver it after entertaining the late application filed by the police.

Meanwhile, Justice Anka held that it was not factual to say that judgment had been reserved “when it’s not”, adding that the court was obliged to hear the fresh applications by the police.

Ruling, he said: “The case was made for hearing of the motion of first and second respondents.

“The court shall therefore cause a letter to be written to the Adminstrative Judge to explain the true position of the case, which is for further hearing and not judgment.

“Parties shall therefore await the decision of the Admin Judge, either to re-assign the case or for this court to maintain the case in its causelist.”

Evans has since been arraigned before Justice Hakeem Oshodi of the Lagos State High Court.

While Evans and two others pleaded guilty to the charges, the remaining defendants pleaded not guilty.

The prosecution said that the defendants between February 14 and April 12 along Obokun Street, Ilupeju, Lagos, armed with guns and other dangerous weapons, captured and detained one Mr Duru Donatus.

He said that the defendants allegedly collected a ransom of 223,000 Euros to release Donatus.

In his fundamental rights suit, Evans is claiming N300 million against the police as damages for alleged illegal detention and rights violation.